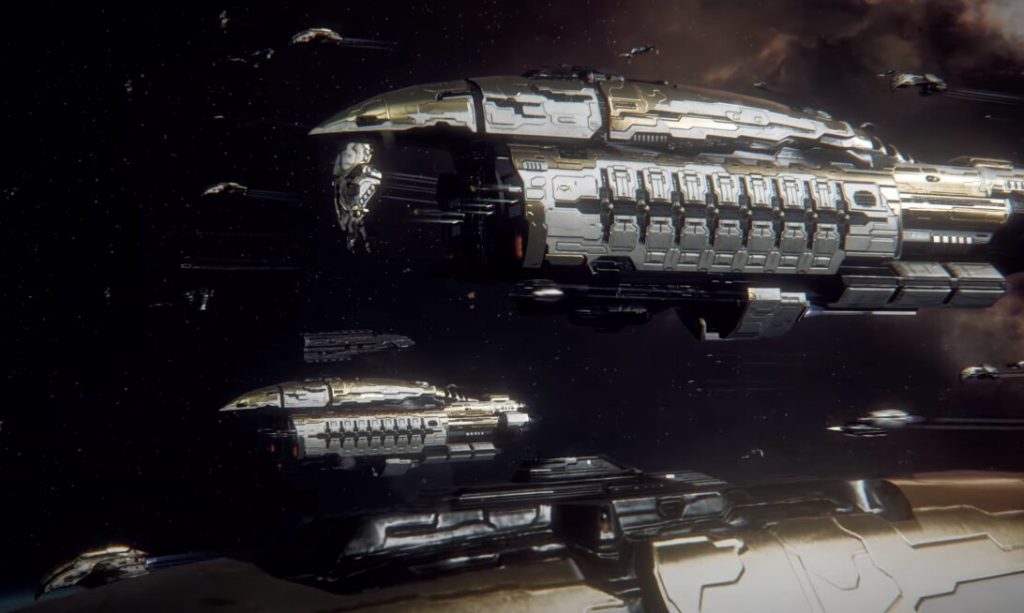 The Anniversary Update for the mobile space MMO Eve Echoes has just gone live on the Google Play Store, bringing a bunch of new content to celebrate the game’s first birthday.

The biggest addition is Faction Wargames. This is a 10v10 multiplayer mode that sees you selecting specific ships to level the playing field. Quite how you level space is beyond us, but you get what we mean.

Playing in Faction Wargames gets you Loyalty Points that you can trade in for in-game items, including nanocores, and the ship debris of Sisters of EVE and Mordu’s Legion.

You can watch the livestream below to see loads more about the Faction Wargames and the other new content.

There are new exploration sites, new Corporation Citadel Support Structures, and a brand new Tutorial that helps new players get into the game. Which is nice, because Eve is big and scary.

And because we like you, here’s a teaser trailer for an update scheduled for October that’s going to add Dreadnoughts and Carriers to the game. These are massive new ships that’ll change how Eve Echoes battles are fought forever.

So there you go. If you want to try out all of Eve Echoes new anniversary content, you can download it from the Google Play Store by clicking right here.