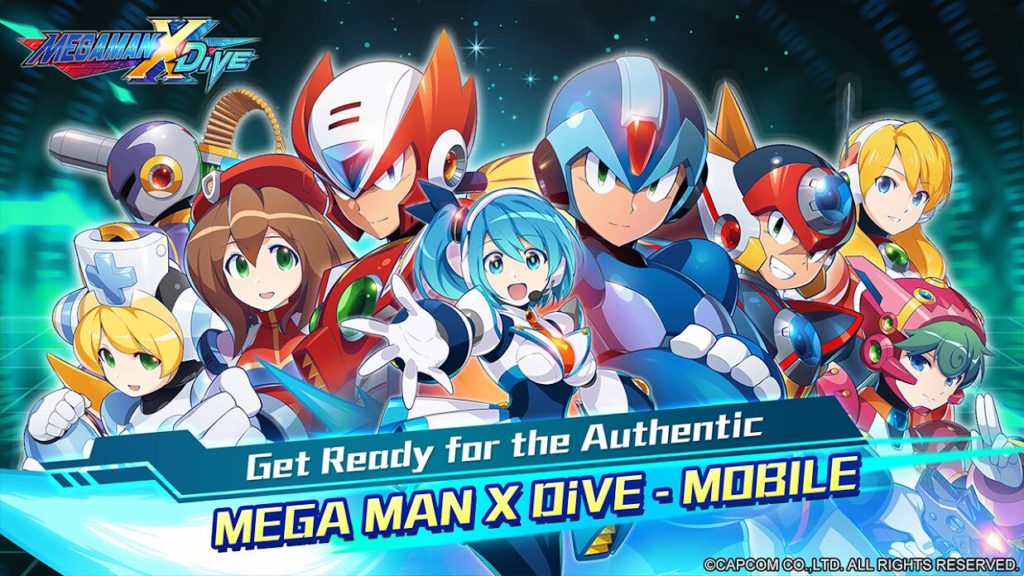 Mega Man X Dive is a brand new mobile entry in the Mega Man series. It’s the classic action platformer reimagined for the modern age. Which means things like gacha pulls, free to play mechanics and a load of other slightly icky stuff that’s probably going to put a lot of you off.

If you’re not upset by things like that, though, Mega Man X Dive looks to be a well polished platformer with a few tricks up its sleeve. Is it going to be as good as the old Mega Man games? No, don’t be silly.

But then, it’s not really supposed to be. The game features collectible weapons, a boss battle mode, as well as co-op gameplay for the first time in the Mega Man X series. Here’s a trailer.

There are movable controls so you can put the buttons in a comfortable place on the screen, which is a nice touch, and a gallery feature so you can check out the different characters once you’ve unlocked them.

You’ll need a device running Android 6.0 and up for this one to work, and there are extra downloads once you’ve installed the initial 75MB package. Mega Man X Dive is free and there are plenty of IAPs.

If you fancy giving the game a go you can click here to download it from the Play Store right now. We understand if you’d rather give this one a miss, though.