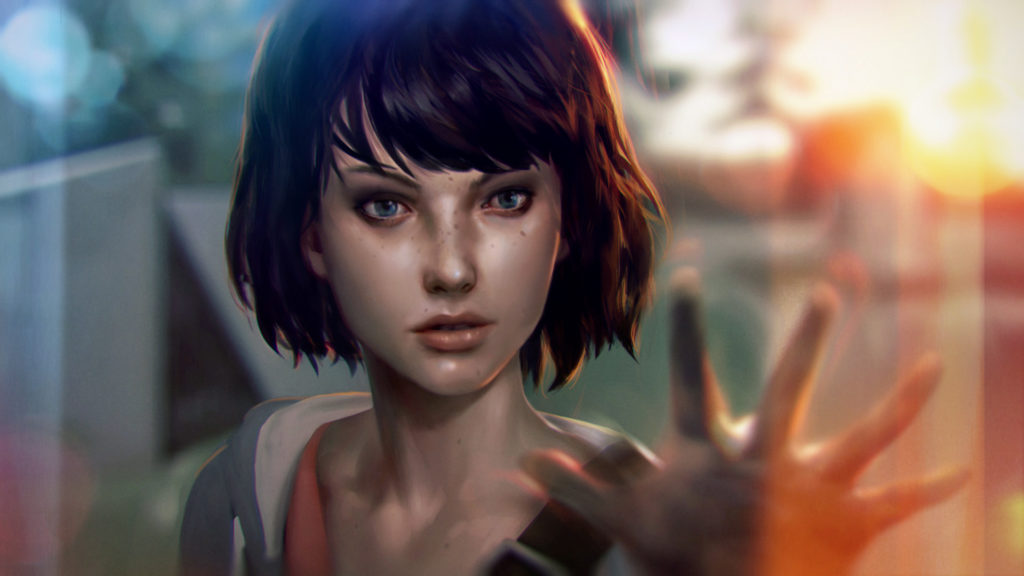 But the genre has exploded since the invention of the smartphone, shooting off in so many different directions that we’re not even sure what an adventure game is any more. This list covers all the bases, from cutting edge narrative experiments to chilling political allegories.

A mix of traditional and more modern ideas, The Frostrune tells a story of Norse magic and bizarre happenings. There’s puzzles, a gripping narrative and a whole load more going on in this one.

A modern take on the adventure genre with a story that’s going to grip you from the very start. The very best adventure games make you think in different ways, and Life is Strange definitely does that.

A gorgeous tale of lonely robots in a weird, wordless future. You’ve probably already played Machinarium by now, but if you haven’t then you should definitely pick it up. Alternatively, try out any of Amanita Design’s other games.

Love oozes out of every pore of Forager. At least, it oozes from the pixelart portrait of developer Mariano Cavallero that greets you when you boot up the game. A labor of love, Forager is an ultra-streamlined crafting game that sees you exploring an island by collecting resources, building structures, levelling up, making tools, and so on. It whittles the genre down to its very essence, and then refines that essence until it’s irresistible.

FMV games have made an unlikely comeback lately, and The Complex is one of the more polished and star-studded examples. Not only does it boast some decent production values, with glossy sets and convincing make-up, but it features actors that you may recognise from shows like Grantchester, Letterkenny, and even – gasp – Game of Thrones. There’s a Telltale-style relationship-tracking feature, too, and multiple endings to discover.

Far: Lone Sails is a fascinating game. Set in a barren wasteland, it sees you piloting a weird land vessel of your own design and construction. Your virtual life in this empty dustscape consists entirely of making repairs, finding fuel, sheltering from adverse weather, and evading obstacles. It’s a simple life, rendered so affectingly that it allegedly made streamer Limmy cry.

Originally designed for VR – and therefore arguably not ideal without it – EQQO is a unique puzzle adventure game that transports you to Ethiopia. You play as Eqqo, a blind boy trying to protect an egg as he navigates a magical world of mysterious rooms and ancient temple mechanisms. You may struggle with the non-VR interface, but it’s worth sticking with EQQO to experience its music and narrative.

Nobody likes high school, but Hope’s Peak is in a league of its own, crapness-wise. It’s governed by an evil teddy bear headmaster who forces the pupils to murder each other. You play as a normal teenager navigating the trials of moving to a new school and building up a friendship network while attempting to survive the slaughter and identify the culprits in your ranks.

The most conventional adventure game on this list, Truberbrook is a classic LucasArts-esque point and click affair set in a parallel universe 1960s. You’re a scientist, summoned by a lottery win to a remote rural village in Germany and embroiled in a cold war plot. The gameplay is solid, but what really marks Truberbrook out is its gorgeous hand-crafted, technologically enhanced stop motion graphics.

Just as Jaws is not a film about a shark, despite appearances to the contrary, The First Tree is not a game about a fox looking for her cubs. The fox stuff is a metaphor, for a son trying to reconnect with his ailing father in the Alaskan wilderness. Gameplay-wise, The First Tree presents you with simple puzzles that you’ll breeze past, because it’s not the challenge. It’s about the journey of life, man.

Samsara Room is a prequel to Rusty Lake’s awesome Rusty Lake horror adventure games, and a total remake of its first title. It deposits you in a spooky room and challenges you to escape using the objects you find there. The puzzles are well-crafted, but the real joy of Samsara Room is just how damn creepy it is. Rusty Lake has a gift for mobile horror, and this lovingly restored adventure will disturb and entertain you in equal measure.

Gosh they can do some clever things these days. Pitch Black: A Detective’s Demise is a detective noir adventure game that’s built entirely around sound. You’ll explore the dystopian District 5, avoiding deadly creatures and other hazards, while trying to track down “her” – all with your ears, of course, your imagination. This isn’t the first audio adventure game we’ve come across, but we’re always happy when a new one comes along.

Like The First Tree, GRIS is an adventure game that’s entirely without challenge or jeopardy. Instead, it wants you to concentrate on the unfolding story, about a young woman dealing with a painful experience. Her sorry is manifested in her outfit, which acquires new abilities as the story unfolds. While there are puzzles and platforming sections here, GRIS is all about admiring the gorgeous artwork and absorbing the story.

Some adventure games are more equal than others. Orwell’s Animal Farm is a slightly odd proposition – an adventure game in which you play as the animals who rise up and seize control of Manor Farm in George Orwell’s classic allegory of Soviet communism. But it’s handled with such intelligence and sensitivity that it somehow works. Not many developers would have the sheer cajones to turn a literary classic into a game, but it paid off for The Dairymen.

Less is more. The less a game gives you in the way of instructions, visual cues, artwork, and so on, the more you have to create for yourself in your brain. In the end, you’ll be happier for it. That’s the guiding principle for Ord., an ultra-streamlined text adventure that confines itself to simple one-word prompts and subtle visual effects, like lines streaking down the screen to indicate rain. It’s totally unique, and an absolute gem.

Lineweight, from ultra-hip developer Cipher Prime, is an innovative multimedia storytelling enterprise that explores different facets of human experience across five chapters. There’s no gameplay to speak of – you just swipe on the screen to reveal new text and new visual effects. You might like it. You might hate it. But Lineweight is a total original, and a great example of how technology can impact the ancient art of storytelling.

The Procession to Calvary

Developer Joe Richardson describes The Procession to Calvary as Pythonesque in his Google Play Store blurb, and there’s no other word. Stitched together from renaissance paintings, accompanied by jaunty classical music, and full of abrupt papery decapitations, this singular point-and-click adventure game is like a Terry Gilliam cartoon that you can play. Fortunately, it’s a solid adventure game too.