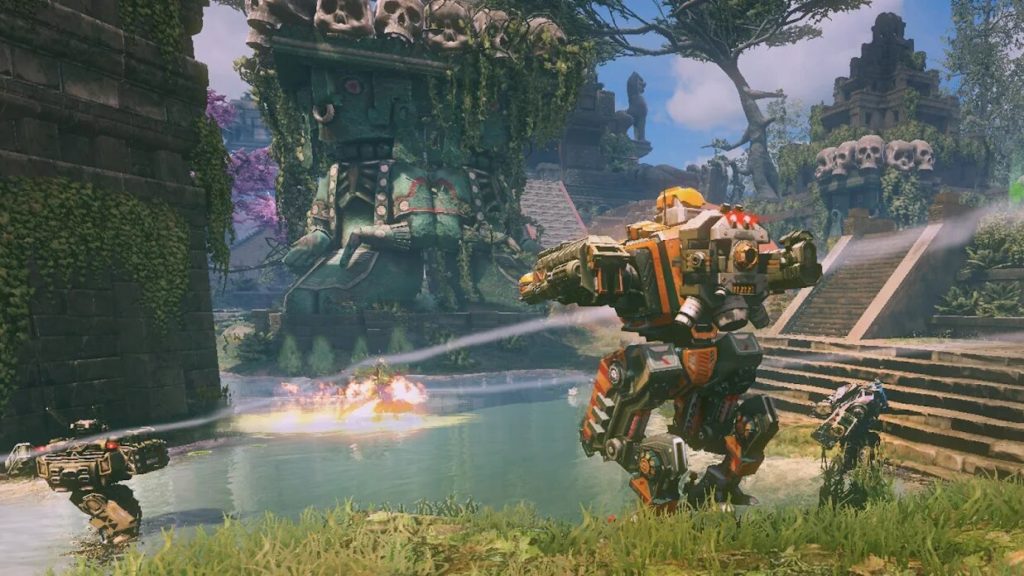 Titan Glory, from Sky Gamblers developer Atypical Games, has been out on iOS and Switch for a while now. But you don’t have to glower at gamers on lesser platforms anymore for their ability to play the game, since it’s just landed on the Play Store.

The game sees you taking a giant stompy mech into a battle arena, taking part in a series of different challenges to prove your mech is the stompiest. There are both offline and online tournaments to test your mettle, and your metal.

Online you’re fighting it out in 12 player battles, and there are nine different modes to pick from. So, yeah, there’s loads of shooting to get done. Here’s a trailer.

There are six different arenas to fight in, seven primary weapons and four secondary weapons to get to grips with, and a load more stuff going on besides. Plus, did we mention the giant robots?

Titan Glory is available from the Play Store right now and you can download it by clicking here. The game will set you back $4.99, which seems like a pretty decent price to us.