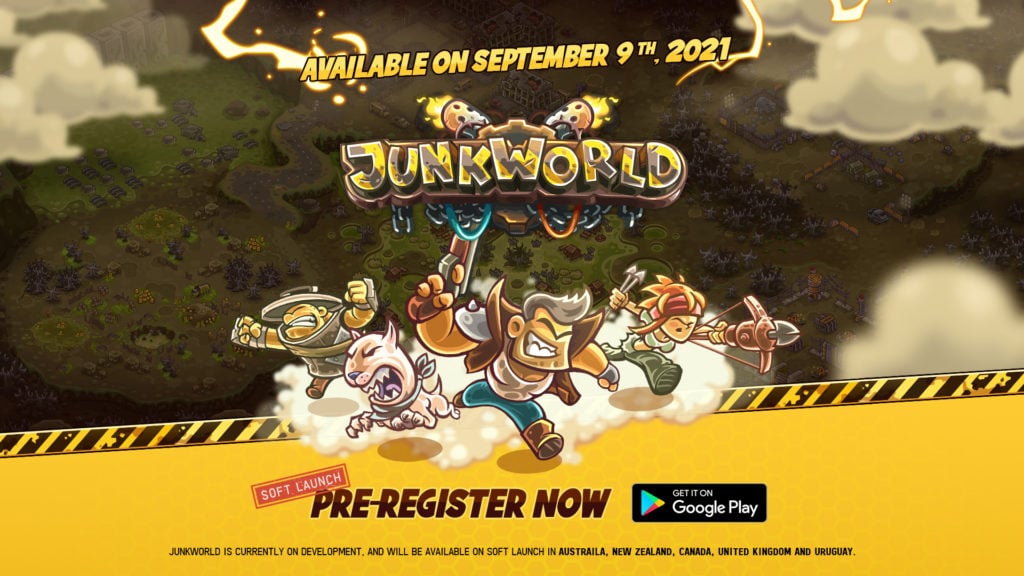 Ironhide Games has revealed that its upcoming post-apocalyptic tower defense game Junkworld is set to soft launch in five different countries tomorrow. Which countries? Read on to find out.

The news came in the form of a tweet that we’ve embedded under this paragraph. And it confirms that Junkworld will soft launch in the UK, Canada, New Zealand, Australia and Uruguay, exclusively on the Play Store.

As the tweet suggests, more countries are going to be added as time moves on, but if you’re in one of the ones where the game is set to launch, you can click here to pre-register.

Junkworld is the latest game from the developers of the Kingdom Rush series, and is set in a cartoon future that owes a debt to the likes of Mad Max. But not as gritty. Here’s a trailer.

The game is set to feature a bunch of different towers, 40 levels to work your way through, and some interesting deck-building mechanics that let you change your strategies.

You can find out more about Junkworld at its official website by clicking here. And we’ll let you know when we hear more about its global launch as well. For realsies.