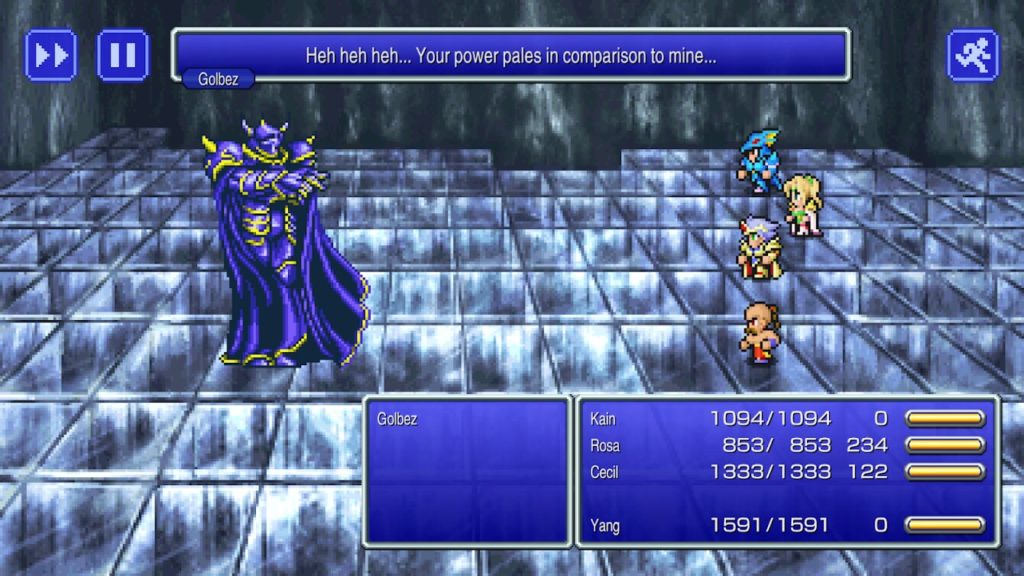 Hot-ish on the heels of the first three Pixel Remaster releases, Square Enix has launched its de-re-make-boot of Final Fantasy IV on the Play Store. It’s considered by some to be the finest FF game, and with good reason.

The story follows a Dark Knight who turns his back on his comrades after a massacre. It’s pretty dark, what with all the slaughtering and obeying. It was also the first game to introduce the Active Time Battle system that would stick with the series for the next few iterations.

This new version has been tweaked to work on touchscreens, with an updated UI and auto-battle options. You can check out a trailer for the game below.

You’ll need a device running Android 6.0 to play the game, and at least 585MB of free space to get it installed. The game is a premium release and there are no IAPs or any of that guff getting in the way.

You can click here to download Final Fantasy IV from the Google Play Store right this second. It’ll set you back $17.99, which is quite a lot, but you’re getting a classic JRPG. Which is pretty great if you haven’t played the game before.