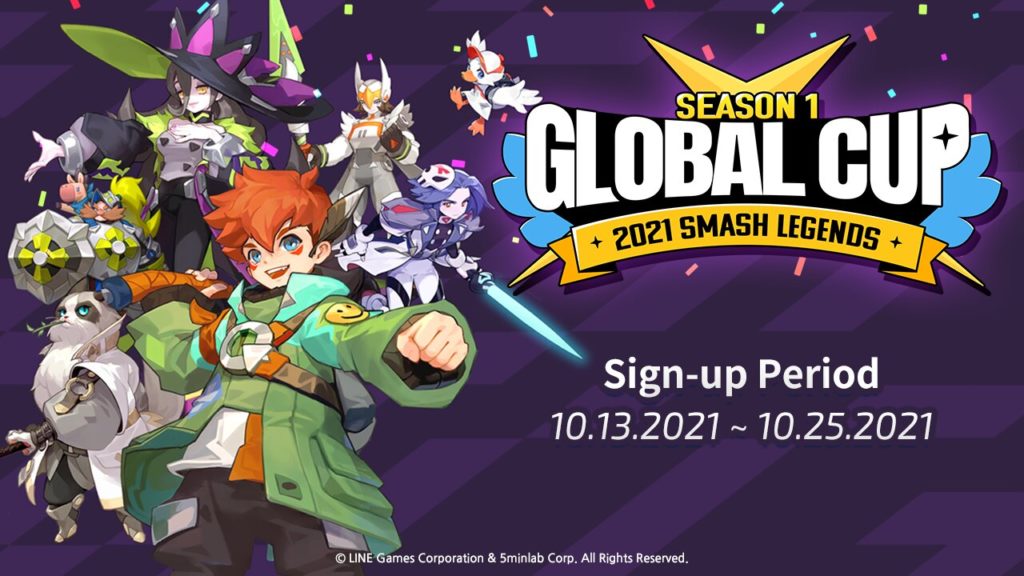 Play Smash Legends? Want to prove that you’re among the best players in the world? Then you’re in luck, because Line Games is holding the game’s first Global Cup Tournament and you can register right now.

The tournament is open to players who’ve accrued at least 2000 medals and are at the Diamond League or above. You can join on your own, or sign up with a team of two other players.

The matches will be 3v3 Dominion battles, and there are two stages to the tournament. Anyone who takes part will earn 2000 coins, and if you make it to the second stage you’ll grab an extra 1000. The winners will get 60,000 gems, a special profile icon and free passes to the next two seasons of the game.

Sign ups for the tournament are live now, and they run until October 25th. Applying is a slightly tricky process, but it’s all explained in this post. The preliminary round is a one match bout, with the main matches using a best of three structure. The tournament is split up regionally – here’s when the matches will take place.