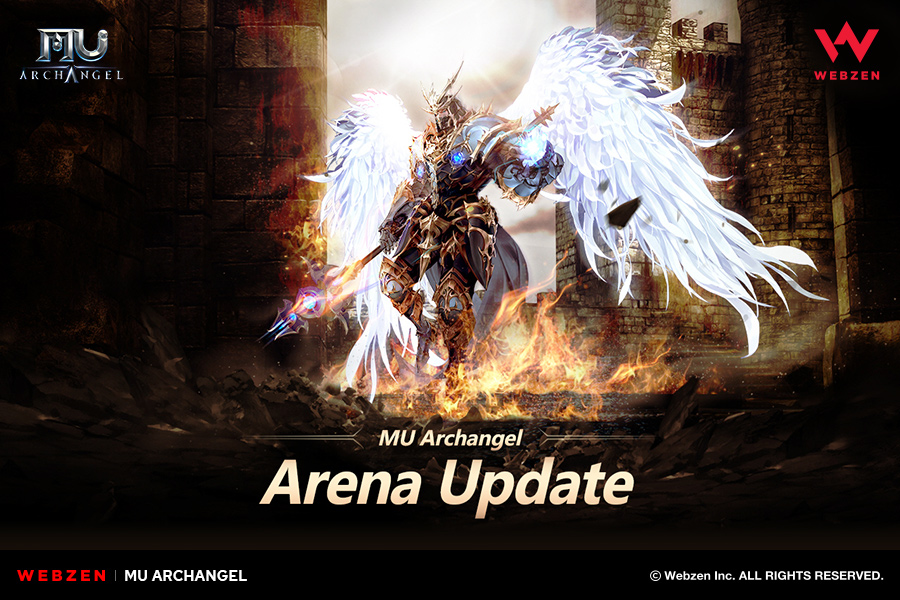 In case you’re not aware, MU Archangel is the third mobile game based on Webzen’s classic PC MMORPG MU Online, which came out all the way back in 2001. It’s also the one that’s closest to the original.

The game sees you picking a race and heading out into the huge MU continent to clear dungeons, battle with other players, join a guild, complete daily quests, and work your way through an epic story campaign.

Available after level 20, Chrysos Arena kicks off on the first Tuesday of every month and opens for business every Tuesday, Thursday, and Saturday from 11am until 5am the following day.

The Regular arena is open to everybody, and you can enter for free six times a day. You can still enter after you’ve claimed your six free entries, but you’ll need to buy tickets with diamonds.

Each battle in the arena is best of three, and you get Battle Coins and Battle Points just for entering – though you naturally earn more for winning.

If you do well enough in the Regular arena you might end up in the Final arena, reserved for the top 32 players. Matches take place at 9pm on the last Thursday and Saturday of each month, and they give you the chance to be crowned as the champion of the Chrysos World Server Arena.

There’s still fun to be had if you don’t make it that far, however, as you’ll be able to place a bet on the player you think is going to win.

On top of the Chrysos Arena, version 1.0.4 introduces Crusade Equipment, available after Master Level 100, and it increases the max level from 700 to 800.

MU Archangel is available for free right now on the Google Play Store and the App Store.