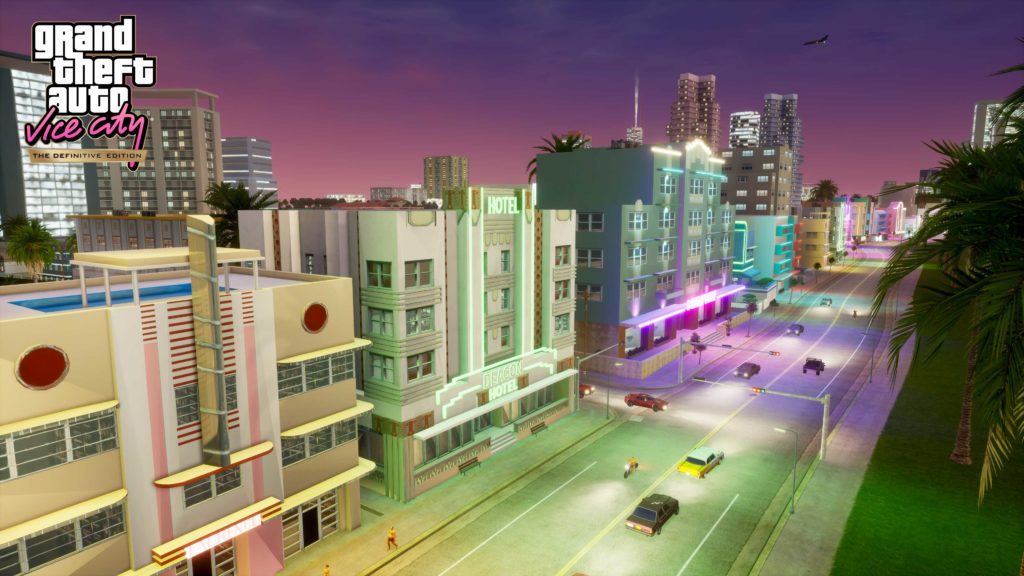 Remember a couple of weeks ago when we told you that Grand Theft Auto: The Trilogy – Definitive Edition was coming to Android next year? Well now Rockstar has launched the first gameplay trailer for the trio of remakes.

The trailer, which we’re definitely going to embed soon, mainly shows off the visual changes that you can expect when the game(s) launches in the first half of 2022.

Bear in mind that this is a game that’s coming out on all manner of consoles and other gadgets and gizmos, so the pocket-sized version you end up playing might not quite have the same zing to it.

Even so, it looks pretty swanky. Edges smoothed, lights brighter, mustaches a little bit more vibrant. After all, these are meant to the definitive versions of the games included.

What are those games? Grand Theft Auto III, Grand Theft Auto: Vice City and Grand Theft Auto: San Andreas. All three of the games are still available in their original-ish formats from the Play Store at the time of writing, although they’ve been taken down from other digital stores in the wake of the new bundle, so don’t expect them to stay up forever.

We’ll let you know as and when we have more details on the Android version of GTA: The Trilogy.