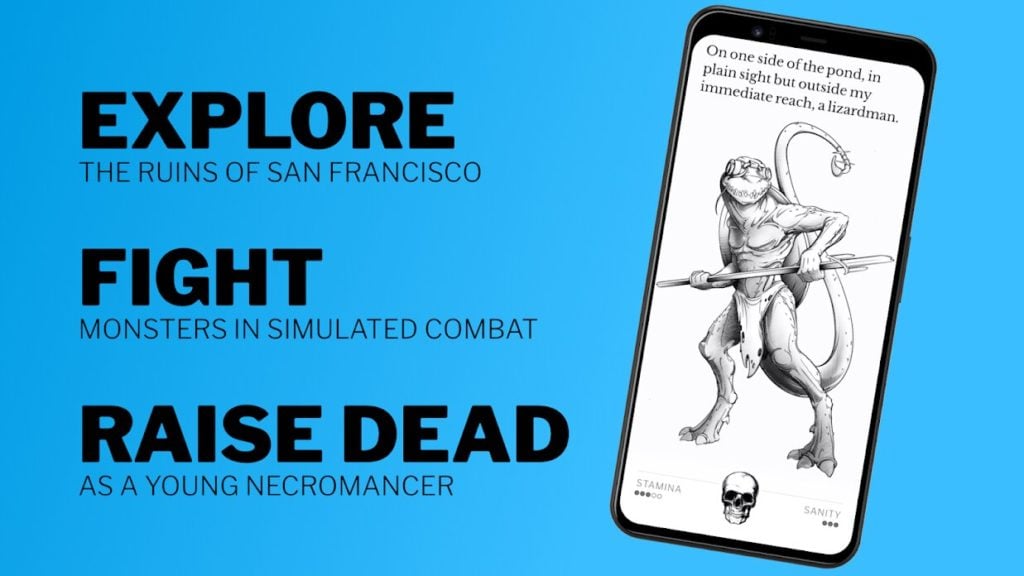 Tis the season to play a game book about a necromancer wandering around the goblin-infested underworld of a Californian city. Or so they say. Knights of San Francisco is going on sale – that’s the point we’re trying to make here.

The game sees you reading your way through a series of gruesome and intriguing encounters, fighting lizardmen, raising the dead and loads of other particularly apt for the time of year stuff.

The game has gotten some rave reviews since it was released. This isn’t your usual spooky fare, either. It’s gritty and gross and pretty in-depth, and a great way to spend an hour or so over the most terrifying of holidays. TRAILER.

Oh hey, we were mentioned in the trailer. That’s pretty cool. Anyway, the sale is set to go live on October 28th, which means it hasn’t quite kicked in yet. When it does the game will cost $1.99 instead of $2.99.

If you want to grab Knights of San Francisco for cheaper than usual, you can click here to pick the game up from the Play Store. Like we said, though, you’ll have to wait until October 28th for the deal to start. The price will run until November 1st.