World War 4 Endgame Is a Text-Based MMORPG with its Own Virtual Economy, Out Now on Mobile 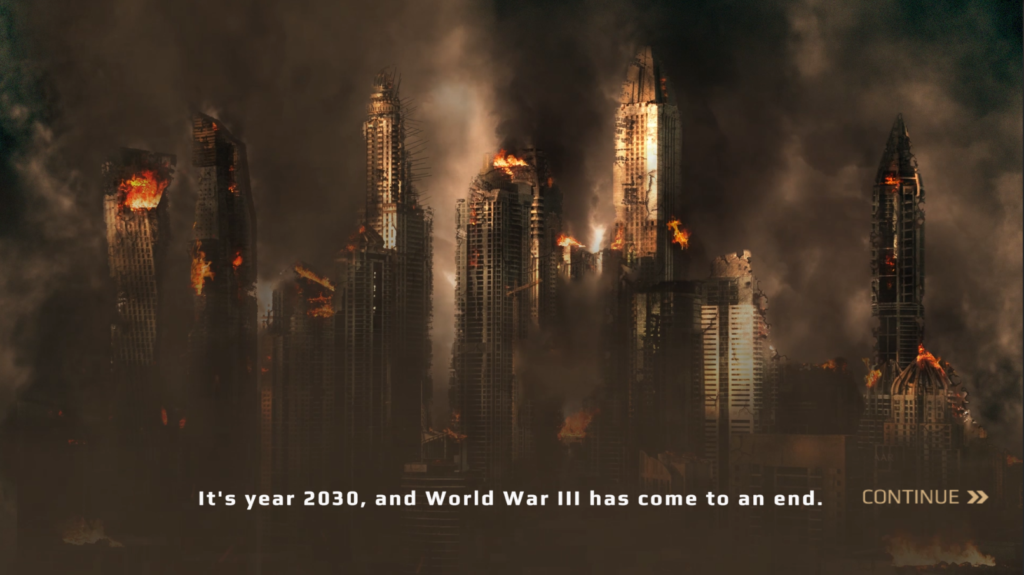 If you’ve seen Game of Thrones you’ll be familiar with the expression, “chaos is a ladder”.

That’s the starting premise of World War 4 Endgame, an intriguing text-based MMORPG from Asterisk Technology set in the aftermath of World War 3.

You play as a survivor of this apocalypse, living in a dystopian world in which countries have been destroyed, borders have been redrawn, and humanity has been brought to the brink of extinction.

The remaining population is organised into eight blocs: the UK, the US, United Europe, United Middle East, China, India, Australia, and Russia.

Having lost pretty much everything, these superpowers are at war again to determine who will rule the ashes of civilization. You have your ladder.

And you start at the bottom, with 100 Strength and a Work Skill of 1. After picking a bloc, you need to choose whether to be in politics, business, the army, or the general workforce. Each career comes with its own opportunities and pitfalls.

As you progress through the campaign you’ll be able to buy stocks, trade shares, use auction market, profit from forex exchanges, and more. You can create companies too, including ones that use raw material such as wheat, iron, and oil – as well as processed materials such as flour, soy, and protein. This means hiring staff, managing different skilled employees, travelling the world, exporting goods, importing raw materials, and building a whole business empire.

Your virtual dystopian life is yours to live, and only you can decide how to spend your time in the sprawling post-apocalyptic wasteland. You can just choose the Army Career for a simpler experience for instance, which boosts your overall strength – making you more efficient and dangerous in battles. There’s even the option to become a Politician, where you create alliances among leaders, declare war, assign battle orders, drop bombs and a lot more besides.

Every two hours, you can work and train, producing different goods and engaging in different types of commercial activity. World War 4 Endgame boasts a thriving in-game economy against the backdrop of a deadly world war.

But – spoiler alert – this world is doomed. Alien invaders show up every 100 days. If the players can withstand their attacks for seven days, humans win. Otherwise, the aliens destroy the world.

What intrigues us most about World War 4 Endgame is its unusual gameplay mechanic, rarely seen on mobile. The closest comparison is Torn, the hugely popular text-based online game with a player base in the millions.

Whether or not you’re familiar with that modern classic, you should give World War 4 Endgame a try. It’s like pretty much nothing else you’ve played. We recommend starting with the Daily Tasks and Practice Battles, which will enable you to grab some vital extra goodies.