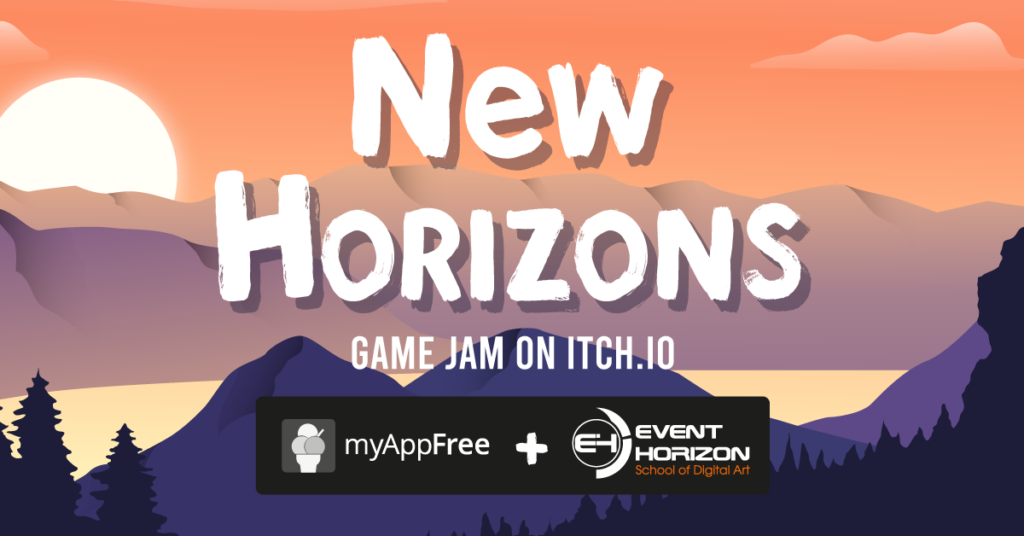 MyAppFree has been busy lately. Not only has the company been sourcing an endless series of apps to promote in its popular App of the Week slot, but it’s also been working on bringing even more games into the world.

How? By launching the New Horizons Game Jam in partnership with the EventHorizon School of Digital Art.

Originating in the early 2000s, Game Jams are hackathon-esque events where developers compete to create games within a fixed timeframe – often 24 hours – and according to a particular theme.

Some of our favorite games of the last 20 years have started life as Game Jam projects, including The Binding of Isaac, Donut County, Thomas Was Alone, Goat Simulator, and Forager.

Game Jams have grown in popularity exponentially as the game development tools like Unity have become more and more accessible. Huge game dev communities have grown up around these tools, too, itch.io being the pre-eminent example.

That’s exactly why MyAppFree and the EventHorizons School of Digital Art, both based in Italy, have chosen to host their Game Jam on itch.io.

New Horizons, which is set to run from the 13th till the 26th of December this year, will see developers from all around the world creating games under the highly uplifting theme of “hope and new year’s good resolutions”.

It’s an open-ended theme with a fairly generous deadline, so we’re expecting a huge level of participation. Voting will take place a couple of weeks after the Game Jam ends, and prizes for the winning entries include advertising credit on MyAppFree and vouchers for EventHorizon’s industry-leading courses and workshops.

Everybody is welcome to apply, whether solo developers or teams, newcomers or established studios.

The New Horizons signup page is already live, with links to the event’s Discord server and social media pages, and a full breakdown of the rules and prizes.

Head on over to itch.io to check it out.