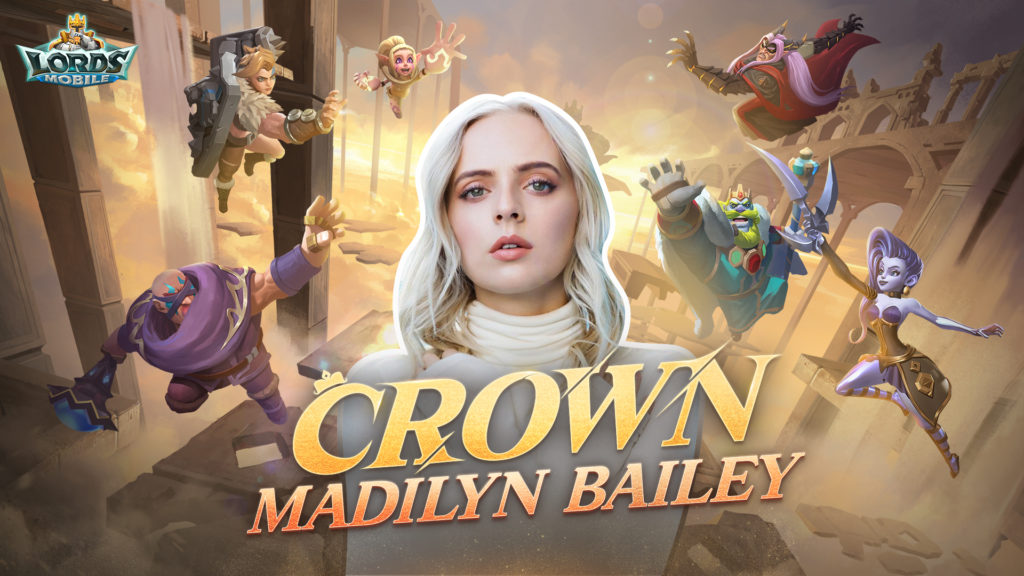 Lords Mobile is getting another event this December, along with a brand new theme song from YouTuber and America’s Got Talent semi-finalist Madilyn Bailey.

In case you’ve somehow failed to play it yet, Lords Mobile is a huge, genre-spanning MMO from developer IGG. It sees you competing with other players – or joining forces with them – to become the Emperor, following the demise of the previous incumbent.

The gameplay is accessible and tactically demanding, not least because it spans a number of strategy genres such as tower defense, city-building, and RPG-style turn-based combat. It looks great, too, with bold, cartoony 3D presentation and imaginative character design.

More than 100 million players have downloaded Lords Mobile on the Google Play Store alone. It’s also available on PC and iOS, with full cross-platform support, meaning there are countless players waiting to show you the ropes (and crush you mercilessly).

Madilyn Bailey, meanwhile, is a pretty big deal in her own right, with close to 9 million followers on her official YouTube channel, and well over a BILLION views. Her tracks include several popular covers, an original composition called Tetris, and a pair of songs based on negative social media comments.

Her Lords Mobile theme song is called Crown, and you can listen to it right now.

Better still, you can listen to it while taking part in the Lords Mobile December Leading Lords event, which runs from the 16th until the 31st of the month.

Or, you can be a War God, which means getting the most kills, achieving the highest Might, or earning the highest number of Cavalry, Infantry, or Ranged boosts across all of the game’s Kingdoms.

If that sounds like too much of a tall order, fear not – there are Special Prize Categories to compete in too.

All you need to do is download Lords Mobile for free on the Google Play Store, the App Store, or Steam.