The 25 Best Android Board Games and Card Games 2021 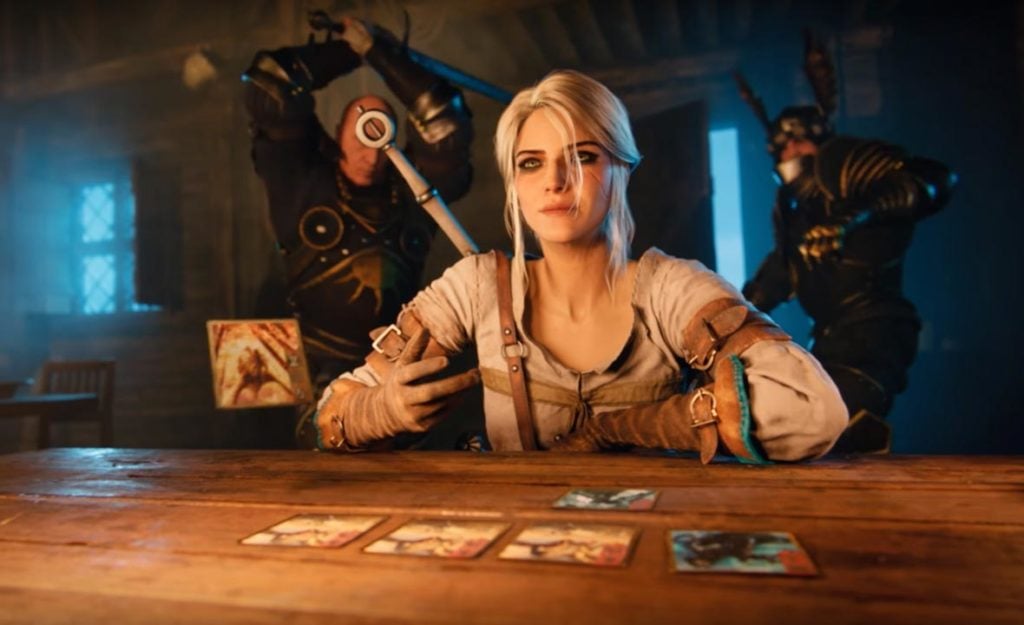 It’s a cliche to say that we’re living through a golden age of board games.

The mystery is why, when gaming on your smartphone or tablet would seem to offer a cheaper and more versatile alternative to schlepping a box to your friends’ houses every Friday night.

But far from killing off board games, smart devices have propelled them to ever greater heights, injecting new life into them and introducing a whole new generation to their socially lubricating charms.

There’s no schlepping right now, of course, and no socially lubricating activities of any kind, so we’ve compiled this handy list of the best board game experiences on mobile to tide you over.

The 25 Best Board Games on Android

An addictive and engaging mix of a TCG and a CCG with a few strategy twists thrown in for good measure. It’s really well put together, it’s easy to get to grips with and you’re going to sink hours of your life into it.

With Agricola Revised Edition, Asmodee has taken the baton from Playdek to give this award-winning agricultural board game a new lease of life. Suitable for up to four players, it sees you establishing a farm after a famine in central Europe at the end of the Middle Ages. Which is FUN!

Highly topical at the time of writing, Pandemic is that rarest of things: a board game without rancor. Rather than trying to crush your opponents, the aim is to cooperate with three other players to suppress and defeat a pandemic as it spreads across the globe. The interface has been criticised on mobile, but it’s worth plunging on for the unique gameplay.

Ticket to Ride is one of the most popular and acclaimed board games of the 21st century, having won, among other awards, the coveted Spiel des Jahres in 2004. The gameplay is deceptively simple – just lay trains on the board to create routes between US cities – but as the board fills up the complexity increases.

Named game of the year by numerous critics, Small World 2 is an outstanding fantasy board game. The aim is expansion, and you’ve got a perfectly recreated map on which to etch your master plan as you move to conquer other territories while defending your own. It’s like Risk, but with the added complexity of different unit types, and it’s fab.

7 Wonders is perfect for short, fast, frantic gaming sessions. Its deck-building gameplay takes you through three ages as you attempt to build your chosen civilisation up through a mixture of building, battling, and so on. The aim is to amass victory points, and you can get them however you like, making for a flexible, accessible experience.

Evolution is a glorious concept. The gameplay sees you collecting cards with evolutionary traits on them, determining whether your animal population is long-necked (and thus able to reach more food), Hard Shelled (and thus defensively strong), or whatever. You’ll then need to see how these traits fare in the wild against rival animal populations, with a dash of chaotic randomness thrown in.

This one’s set in an alternate history World War I and features giant steam-powered robots. It’s not all about blowing things up, though – this is a deep 4X strategy game that asks you to control every aspect of your empire.

An award-winning port of an award-winning board game, Galaxy Trucker is the proud recipient of several perfect scores, a brace of awards, and plenty of fulsome praise. A highly accessible game of two halves, it sees you constructing a spacecraft and then sending it on a journey through space. Galaxy Trucker boasts local and online multiplayer simultaneously.

Originally created by Wizards of the Coast, and brought to mobile by Playdek, Lords of Waterdeep has some serious pedigree. And it shows. This immaculate turn-based strategy game for up to six players is universally adored by critics, and boasts local and online multiplayer. A no-brainer.

Colt Express is a wildly fun board game that sees you setting up a 3D model of a train and playing out a scenario involving several competing bandits. This mobile adaptation is everything a mobile adaptation should be, taking the DNA of the original and enhancing it with all the mobile has to offer, including a single-player campaign and both local and online multiplayer. Yeeehaw!

Neuroshima Hex is an acclaimed Polish board game that sees you taking command of one of four armies competing to run the world following a devastating 30-year war. It’s like a sort of post-apocalyptic Risk, and the mobile port boasts three different AI difficulty levels, an in-game tutorial, and a generally solid interface.

Exploding Kittens is a fast-paced card game from the minds behind popular webcomic The Oatmeal. It first made headlines as the most successful Kickstarter project ever. It’s a bit like Uno, but with a good deal more card-stealing, irreverence, and, of course, exploding kittens. It’s also packed with original art, and the digital version comes with its own unique cards, so there’s a reason to download it even if you’re not in lockdown.

A reliable staple in the contemporary tabletop scene, Settlers of Catan is a tile-based board game in which you have to lay down hexes, establish settlements, trade, defend your territory against invaders, and so on. Catan Universe is a free-to-play, cross-platform package of Catan versions and expansions. You can pay to unlock stuff, but there’s a lot here for free – not a bad price for one of the best board games of all time.

Race for the Galaxy

Race for the Galaxy is a complex but intuitive board game in which up to four players play cards to advance their empires by investing in technological advances, settling on planets, and so on. These cards are chosen secretly, revealed, and played out, a bit like the moves in Colt Express. This is a solid mobile port of a deep game, with expansions available as IAPs.

Through the Ages is one of the most acclaimed board games ever. It sees you building a civilization through the time-honored medium of cards, starting out as a small tribe and ending up as, well, that’s up to you. The mobile port doesn’t boast a ton of bells and whistles, but it transplants the original’s superb gameplay successfully onto the small screen and adds an engaging tutorial for good measure.

Raiders of the North Sea is a worker placement game that lets you play on the dark side, as a Viking raider plundering settlements and currying the favor of your bloodthirsty chieftain. The gameplay is perfectly balanced, with a wealth of decisions to make and factors to consider as you rampage Northwards ruining the lives of your hapless victims. It’s an exemplary port, too, bringing the distinctive artwork of the original to vibrant life.

At six years old, Paperback is a relative youngster in the hoary world of boardgames. It’s a total original, too. The premise is that you’re a writer attempting to write pulpy novels. In gameplay terms, this involves making words, collecting scores based on those words, converting those scores into cash, and using that to buy more valuable letter cards with which to make more valuable cards. It’s like Scrabble meets Splendor, and it’s fab.

Sagrada has a beautiful premise. Literally. The goal of the game is to create the most beautiful stained glass window. In practical terms, that means filling your window with dice of varying colors and, obviously, numbers, according to numerous conditions. Dire Wolf Digital has done a solid job of porting the game to mobile, and it’s one of the most original and enjoyable board games you can play on a handset.

Hive, from John Yianni (and ported to mobile by JB Chaubet) is a little bit like Go. It’s a simple, two-player game in which the players take turns placing hexagonal tiles with insects on them, in a bid to surround the queen bee and win. Each insect has its own rules of movement, like the pieces in chess, making for a deep tactical challenge. The mobile version has online multiplayer, as well as pass and play, and a wealth of other modes and options. It’s free, too.

Even if you’ve never played a game of Risk, you know what it’s all about: global domination through merciless, inexorable occupation. Risk: Global Domination takes Hasbro’s classic board game and runs it through the mobile-game-o-matic on a deluxe cycle. It looks great, comes with additional maps and modes, several multiplayer options, AI matches, and more. Plus, the initial download is free.

Lanterns: The Harvest Festival feels so much like a native mobile game that it’s hard to believe it started life as a tabletop board game. It sees you laying down tiles to create sets of floating lanterns on a ceremonial lake. Dire Wolf Digital has done a great job of converting this highly acclaimed game into a slick, polished mobile gaming experience.

Winner of a number of awards for both its physical and digital versions, Eight Minute Empire is a neat little civilisation game with an emphasis on speed. Playable against up four opponents, the game sees you attempting to control territory while keeping an eye on your gold reserves. There’s online multiplayer, both real-time and asynchronous, and a host of other modes besides.

Originally designed by the mighty Reiner Knizia, and brought to mobile by Dire Wolf Studio, Yellow and Yangtze is the sister game to Tiger and Euphrates. It sees you laying down hex tiles to grow your civilisation and wage war on your neighbours. In the process you’ll need to balance your soldiers, farmers, artisans, and several other unit types. It’s a classic game, ported flawlessly.

Zombies have even invaded the world of board games in recent years. This is a gory slaughter-fest that sees you working through a series of different scenarios in a zombie wasteland. And it’s pretty darn awesome.