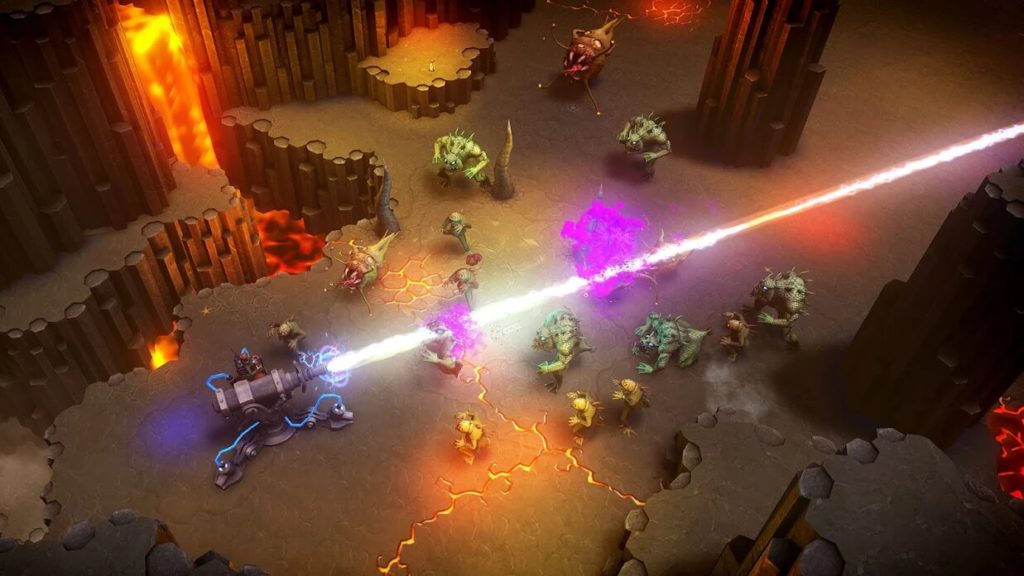 There are too few games where you get to play as a titan of the turn-of-the-last-century scientific community. Especially ones where you also get to stomp around in a giant mech while blasting mutant creatures from unknown regions of space.

But that’s basically the premise behind Tesla Force, a frantic and breathtaking wave shooter that sees Tesla accidentally opening a dimensional rift. Probably because of electricity.

The game’s levels are all procedurally generated, and there are a variety of twists that mean death is never the end. Plus there’s a doom clock, which makes your enemies ever-stronger as time passes.

The violence here is just the right side of chaotic and there’s always a new weapon to find or a new power to unlock. You’ll often be finishing levels by the skin of your teeth, whooping as you do.

And while the touchscreen controls are pretty darn great, the game also supports controllers. Oh, and it looks amazing too, especially on the highest end of Android devices.