ChocoboGP is a Casual Chocobo Platform Racer, Out Now 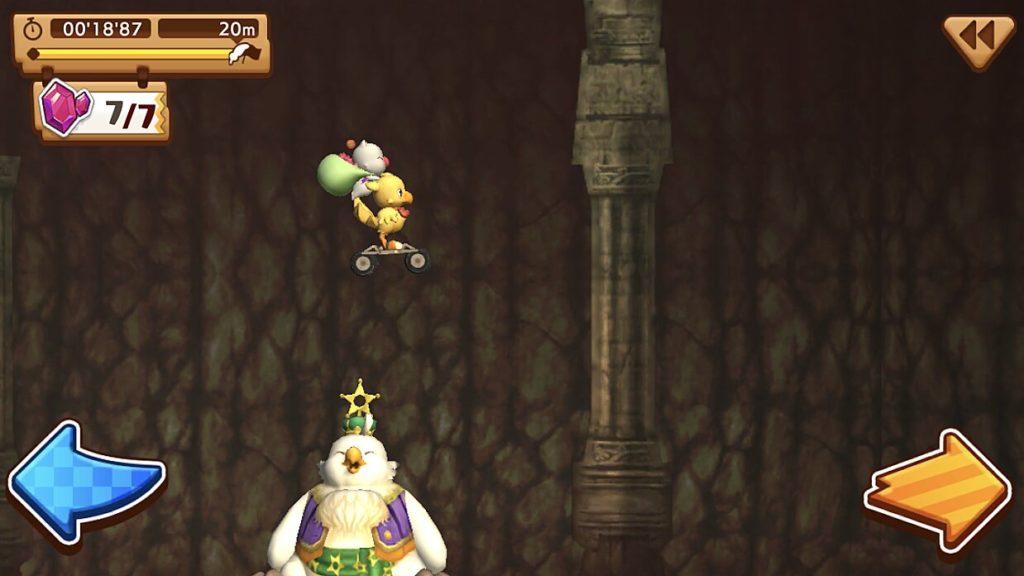 Er, yeah. What the headline says. Square Enix has released ChocoboGP. It’s a game that sees you leading a Chocobo and a Moogle over a series of bumps, jumps and gaps in order to secure some treasure.

This isn’t the Chocobo kart-style racing game that Squeenix announced a couple of months ago. Instead it’s a side-on, single player experience where you’ve got two buttons.

One of the buttons moves you forwards, the other slows your motion. When you’re in the air you can use them to tilt your flightless bird as well. So that’s a thing.

You can download ghosts of other runs to try and keep up, there are various upgrades and improvements you can add to your rollerskates – you’re wearing rollerskates, it’s fine – and a variety of obstacles to conquer.

ChocoboGP definitely exists. And if you’d like to give it a go you can click here to download it from the Play Store. It’s free, and there don’t seem to be any IAP.