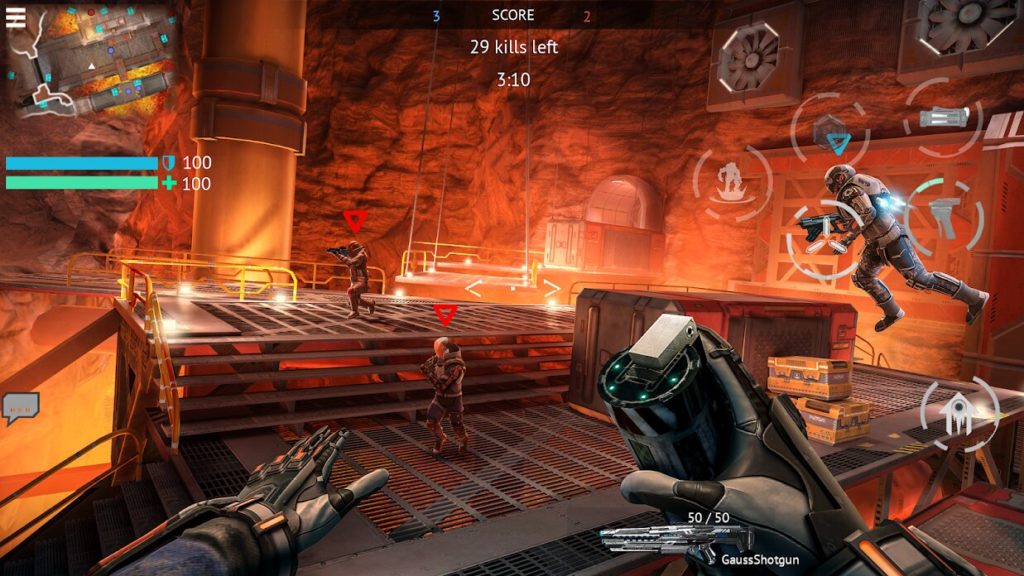 Smartphones might not be the best place for playing an FPS, but there are still some brilliant ones out there on the Play Store. So much so that we thought we’d pick the best ones and let you know about them.

There’s military shooters, sci-fi shooters, zombie shooters and… well that’s about it, really. We’ve got single player games, PvP and PvE experiences and everything in between.

You can click on the names of the games below to download them from the Play Store. And if you’ve got your own fave FPS we haven’t included, let us know in the comments section.

It’s hard to argue that this isn’t the best FPS on mobile. It’s super slick, there’s always a game waiting for you and the violence is brilliantly balanced. If you haven’t played it yet, you probably should.

The days where every game involved killing zombies might be over, but Unkilled is still a fine example of undead slaughter done just right. It still looks delightful, and the shooting is just the right side of obscene.

Another traditional military shooter. It might not have the budget of CoD, but there’s still a load of fun to be had in its tightly spaced arenas and plentiful guns.

This one takes a similar shape to Destiny, but throws in a bunch of slapstick humor, a fame rating and more as well. The shooting is pretty much perfect, and there are plenty of missions to blast your way through.

It might not have the being-able-to-move-about of the other games on this list, but there’s still some excellent shooting to discover here. There’s a sequel on the way, but the purity of this one is hard to beat.

This one’s the other kind of gritty – neon cyberpunk gritty. It’s another multiplayer blaster and there’s a decent community around it too. The action is sharp and there’s always someone waiting to get shot.

An auto-runner that sees you sprinting through the aftermath of a zombie apocalypse. You can pick up guns as you go to take down the hungry hordes and while the shooting isn’t the focus, it’s integral if you want to survive.

A team-based blaster with a neat rhythm to it and a pretty big player-base to beat. It isn’t perfect, but if you want to jump in and start shooting things it’s a pretty good place to start.

You’ll need a Game Club subscription to play this one now, but if you do it’s well worth it. It’s an old-school shooter set on a space station that sees you blasting a variety of robots into bits. Neato.

While the real draw here is the intergalactic adventuring, there’s some decent shooting to be done as well. Travel across the stars, find exciting new creatures, and then shoot some of them with lasers.