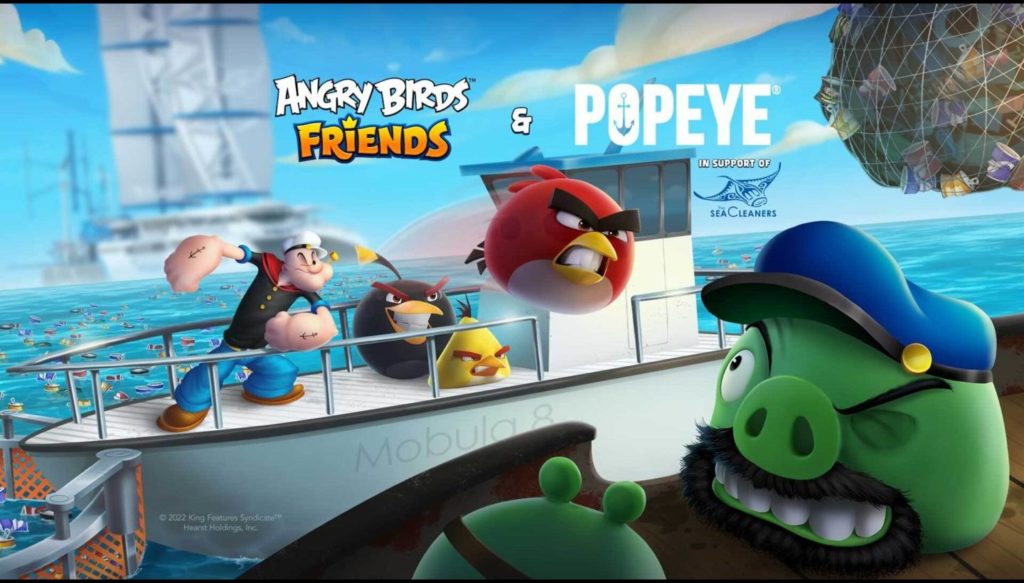 Didn’t think we’d ever be writing that headline, but these are the times we live in. Rovio has announced a new collaboration between the Angry Birds and everyone’s favorite spinach-guzzling sailor.

The event is a week long tournament taking place in Angry Birds Friends. Bluto and the Pigs are tipping junk into the ocean, and only Popeye and the Angry Birds can stop them. By smashing stuff, we imagine.

The crossover is in support of TheSeaCleaners, an organization dedicated to clearing the oceans of pollution. Shall we watch a trailer? We’re going to watch a trailer.

“How we deal with our waste is one of the problems that will define our future,” said Rovio’s Chief Sustainability Officer, Heini Kaihu in a news post announcing the collab. “The only way we’re going to solve these issues is by spreading knowledge, and luckily we have the Angry Birds and Popeye, who can do that in a way that is fun also.”

“It takes muscles, brain and determination to battle plastic pollution. I think we have the perfect dream team to achieve this, with Angry Birds and Popeye, two iconic brands with powerful fan communities around the world ready to take action for a good cause!”, added Yvan Bourgnon, The SeaCleaners’ president.

If you fancy playing some Angry Birds and learning about plastic pollution, you can click here to download Angry Birds Friends from the Play Store. It’s free with IAP.