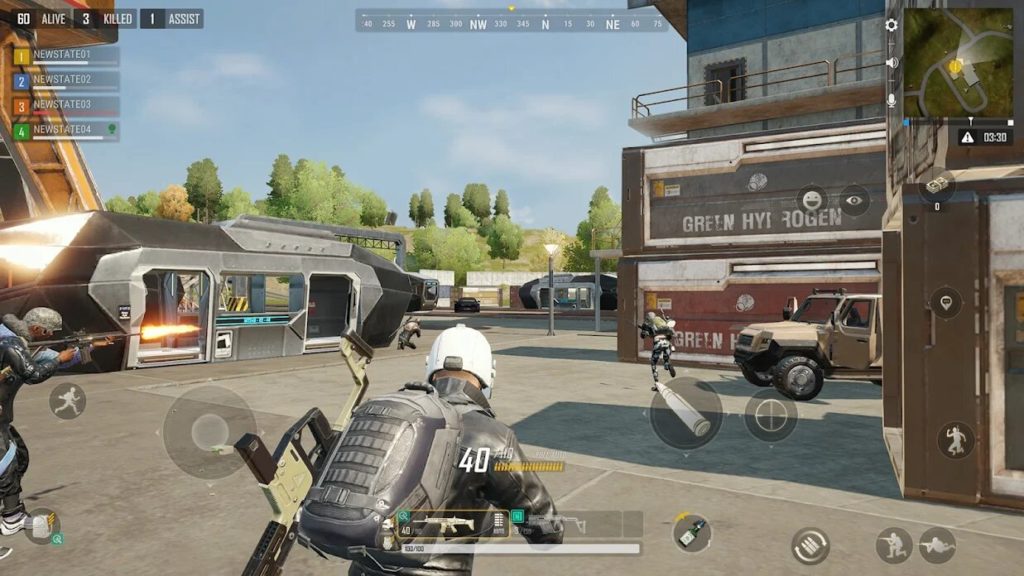 The battle royale genre has gone from strength to strength on mobile over the past few years. There are games for most tastes, but especially if your tastes run to military shooters. So that’s cool.

We expect there to be even more coming over the next 12 months, with the upcoming launch of Apex Legends Mobile a particular highlight. But in the meantime, we thought it was a good idea to check out the very best battle royale games you can get on Android right now.

You can click on the names of the games below to download them, and if you’ve got your own suggestion for a brilliant battle royale that isn’t included, let us know in the comments section below.

Fortnite Mobile isn’t as easy to get hold of as it used to be, thanks to a long-running dispute with Google and Apple, but you can download it on the Epic Store if you don’t mind going off-road. It’s worth it. While Fortnite isn’t the first big battle royale, it was the one that sent the genre into the stratosphere, thanks to its bold, cartoony aesthetic, fun weekly challenges, and perfectly balanced gameplay.

PUBG can rightly claim to be the original battle royale game – the mod that became a runaway success and spawned a whole new genre. It’s not hard to see why. The mobile version of the game has been cleverly optimised for smartphones, with plenty of automated actions to save you getting shot in the face while frantically swiping at your screen. It’s an impressive technical achievement, too.

Square Enix’s take on the battle royale genre throws a bunch of ideas from its classic RPG series into the mix. You’ve got magic, you’ve got monsters, you’ve got more than just killing the other teams. There are different roles to choose from, the game looks gorgeous, and it’s regularly getting new content too.

PUBG Mobile has just over 37 million reviews on the Google Play Store. That’s a lot, right? Garena Free Fire has 85.5 million. It was also the most downloaded game globally in 2020. Its success is largely down to its popularity in SE Asia, India, and Latin America, but this year Garena Free Fire overtook PUBG Mobile in the US too, meaning if you haven’t played it yet you’re seriously behind the curve.

A souped-up version of PUBG with shinier graphics, a futuristic story and loads more. The violence is just as tight and taut, and there are plenty of new twists thrown in for good measure. If you’re just starting out your battle royale journey, this is hands-down one of the best places for you to start.

NetEase’s Rules of Survival came out in 2017, a while before PUBG Mobile made the transition to mobile. That’s why you won’t find much originality in this huge battle royale – it was created to fill a niche that effectively disappeared when PUBG Mobile came out. Don’t let that put you off giving it a go, though. Rules of Survival is a slick shooter with vibrant visuals and an established player base.

Creative Destruction is to Fortnite what Rules of Survival is to PUBG – a niche filling exercise from none other than NetEase, which has three games on this list. Released before Fortnite hit the Google Play Store, Creative Destruction is a 100-player battle royale that lets you destroy and create structures to alter your playing environment to your advantage. It also looks a lot like Fortnite, which is no bad thing.