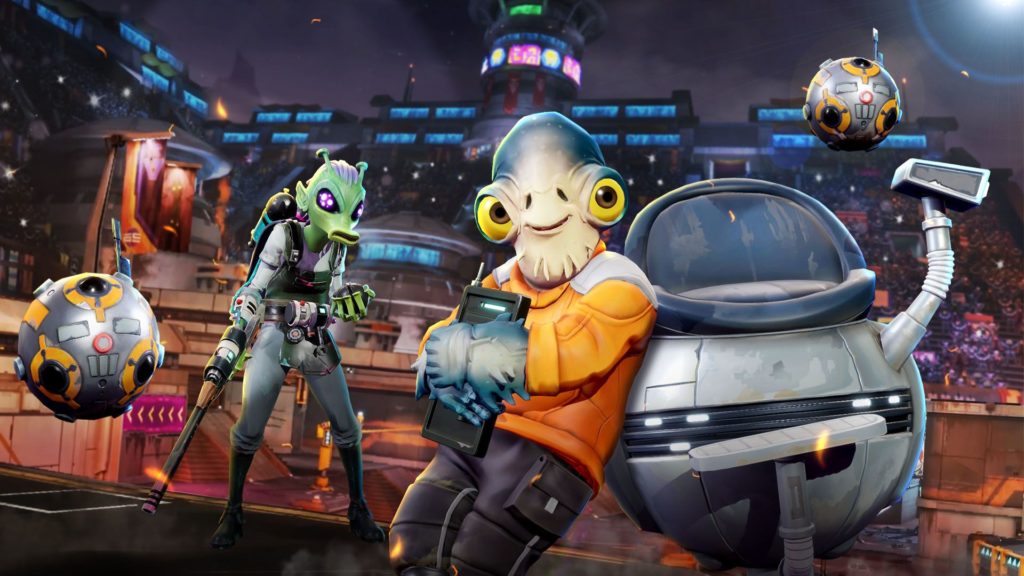 The last we heard about Star Wars: Hunters was a trailer showing off some gameplay at the end of last year. And now there’s some new info involving a couple of new characters and a new-ish mode.

We’ll do the characters first. One of them is called Skora. They use “chemistry” to heal members of their own team and poison their foes. Which is pretty cool. Here’s a brief character trailer.

The other newcomer is Sprocket. They use a variety of technology including healing droids and defensive turrets. Apparently they’re also deeply endearing, but we’ll let you be the judge of that.

The other new development was reported by GameSpot. There’s a new mode coming to the game, and it’s called Huttball. It’s a variation on capture the flag that sees you picking up a ball and trying to get it to the opposition’s goal.

It’s actually a twist on a mode that was first featured in Star Wars: The Old Republic. There it was 8v8, here it’s 4v4. But it’s interesting to see Hunters getting some modes from other Star Wars games.

You can pre-register for the game on its official website, and find out some more about it, by clicking right here.