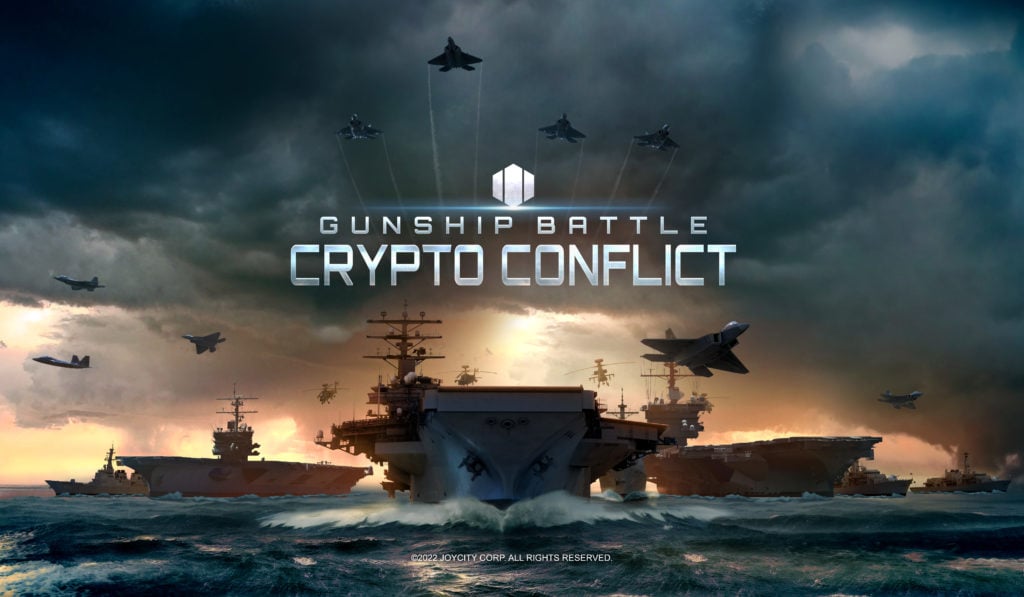 Every war triggers a new wave of technological innovation, so it’s appropriate that Joycity’s war-themed Gunship Battle series is at the vanguard of mobile gaming’s next big revolution.

Utilizing the WEMIX blockchain gaming platform, the game will introduce its own exclusive in-game resources and currency to the crypto space, called Titanium and Milico.

You’ll be able to earn Titanium in the game and exchange it for Milico to trade on the WEMIX platform, ensuring that Titanium has real-world value. The supply of Titanium will be strictly controlled so that Gunship Battle: Crypto Conflict maintains a balanced in-game economy.

If you’re looking for more info on that, the Gunship Battle: Crypto Conflict website went live on February 11th. It contains a ton of information on gameplay, unit types, backstory, currencies, and more.

Ever since the site went live, Gunship Battle: Crypto Conflict has been exploding on Twitter, Discord, and Telegram. This is the P2E game to watch, and you can pre-register for it right now.

Not only that, but you can take part in a pre-launch Milico Airdrop event to line your pockets ahead of the big day. The event involves completing small tasks like signing up for the newsletter to earn Entry Points. The more Entry Points you collect, the better your odds of winning Milico.

Plus, the event will give you the chance to amass in-game items. Pre-register on the App Store or the Google Play Store, for example, and you’ll get an Epic F-14ST Jet and a ton of other goodies, all of which will give you a huge advantage once the war starts for real.

We don’t have an exact launch date yet, but Gunship Battle: Crypto Conflict is due to launch “soon”. Head to the official website to get your campaign underway.