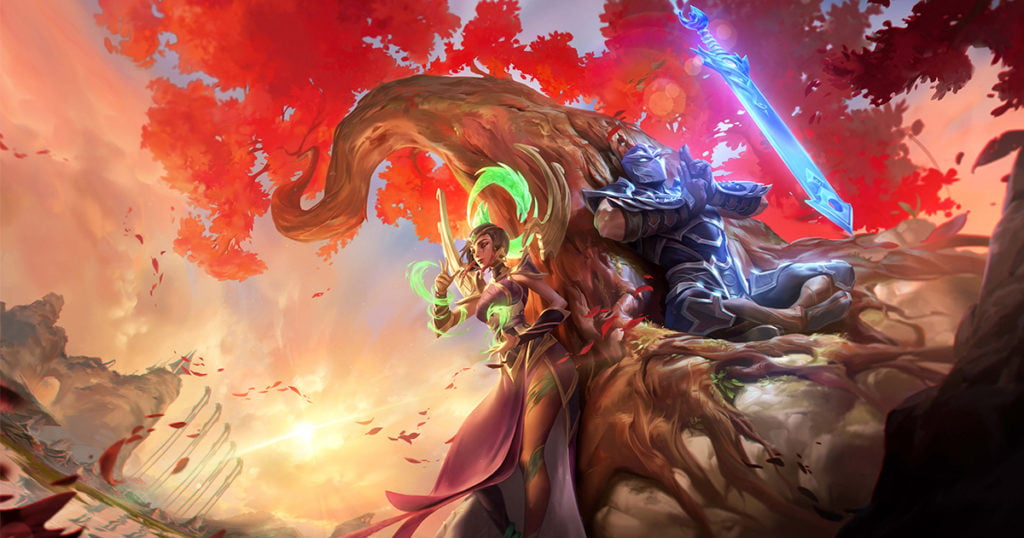 The latest League of Legends: Wild Rift event is adding two new champions to the game’s ever-growing roster. There are challenges to complete during the event, and you can spend the tokens you earn to unlock the new fighters.

They’re both going to be familiar to anyone who played the original PC version of the game, since they’ve been available there for a good long while. The first is Shen, a tank / support character.

Then there’s Karma, who’s a Mage / Support. The event also lets players unlock new skins for them, as well as a bunch of other goodies. Here’s one of those trailer things we’re always banging on about.

The event is broken up into a series of challenges, most of which you’re going to complete just by playing. There’s also a repeatable challenge that you’ll unlock when you’ve completed all of the others.

You can find out more about the Protectors of Ionia event, including all of the challenges that you’re going to face and the rewards you can buy with the tokens, by clicking right here.

And if you haven’t played League of Legends: Wild Rift yet, you can click here to download it from the Play Store. It’s free with IAP, but it’s also one of the very best mobile MOBAs out there.