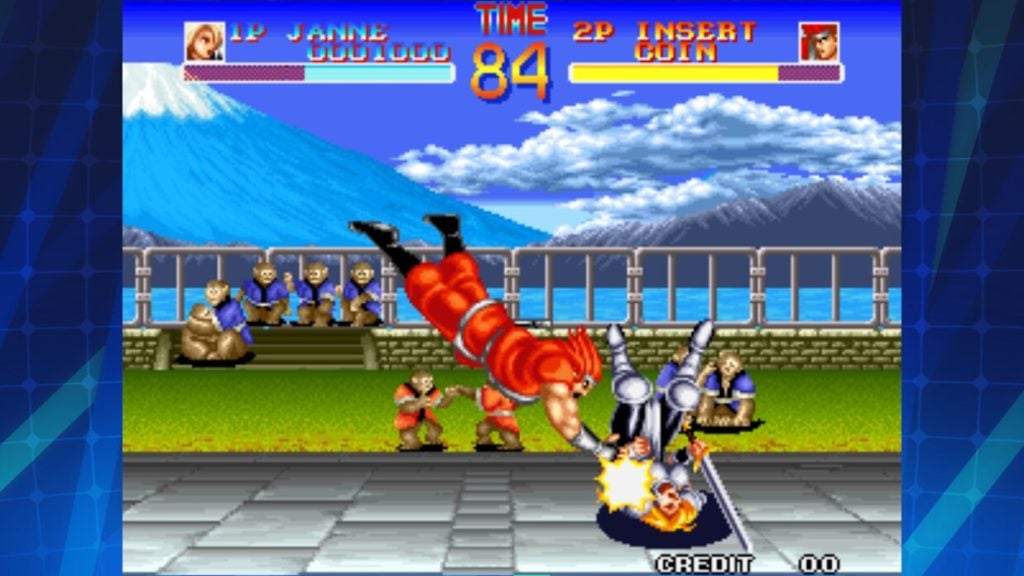 The latest in the so-long-it-might-go-on-forever line of ACA NeoGeo games has landed. It’s another classic fighter, but this one has a time travelling twist. It’s called World Heroes and you can grab it from the Play Store right this second.

It’s got that trad SNK look to it, but all of the characters are inspired by legendary warriors from different periods in history. We can’t think of another game where Rasputin can smack down with Joan of Arc. Probably because there aren’t any.

There’s a standard single player mode that sees you brawling your way through history to go and fight Geegus, an Android imbued with the skills of all of the other characters. Where do they come up with these ideas?

There’s also a Deathmatch mode, which adds a whole bunch of weird traps and other contraptions into the mix. And you can play a character based on Genghis Khan. It’s basically Bill and Ted’s Excellent Adventure, but with more punching and kicking.

On top of all that, the game has had the full ACA NeoGeo makeover, making it a doddle to play it on touchscreen devices. So that’s nice. And it’s premium, which is also nice. So much niceness.

You can click here to download World Heroes ACA NeoGeo from the Play Store. It’ll set you back $3.99, which is a pretty good price if you ask us.