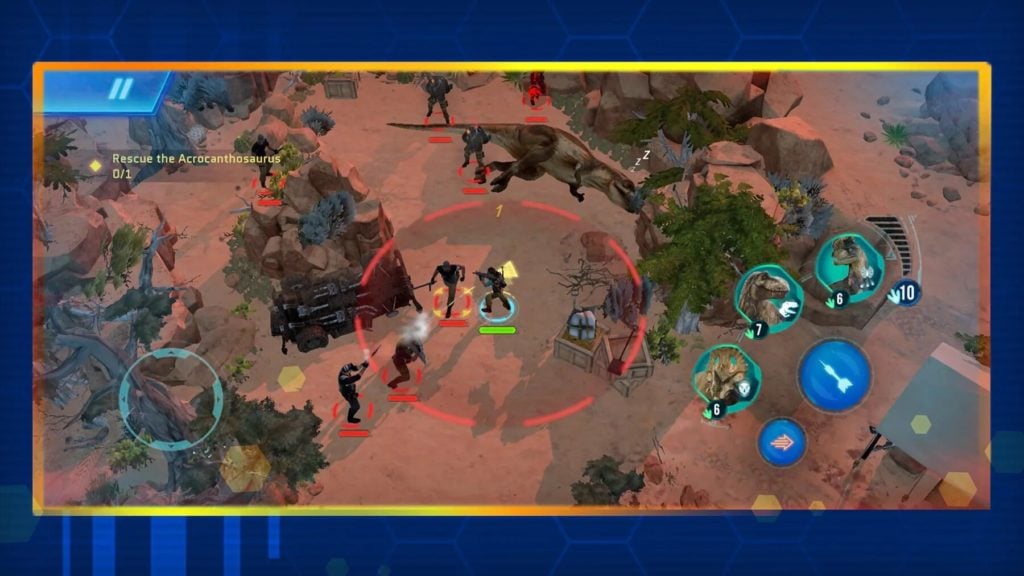 Dinosaurs are cool. Ask pretty much any small child and they’ll tell you that. And children are way smarter than we are. So maybe Jurassic World: Primal Ops isn’t going to be terrible? Lord, that was a leap.

The game has just been announced, and it sees you collecting a team of dinosaurs and fighting alongside them. Sort of like in the movie. When did teaming up with dinosaurs become cool? Dinosaurs don’t have the time for our nonsense, everyone knows that.

Anyway, you’ll be saving the dinosaurs from laboratories and poachers, then using their stompy skills to save other dinosaurs. So it’s sort of like Pokemon but gritty? Here’s a trailer.

You know a game’s going to be good when they get a film director to introduce the trailer. Actually, while we’re at it, why do people introduce trailers nowadays? And why are there trailer trailers before the trailer plays? What’s happened to us.

It all looks quite nice, and we imagine it’s going to be reasonably entertaining to send a T-Rex on a rampage through a poacher camp. We don’t have a release date for the game, but we’re going to guess it’ll land sometime close to the release of the next JW movie.

If you’re at all interested in Jurassic World: Primal Ops, you can click here to pre-register for the game at its official website. There’s more info there as well, and probably less mindless ranting.