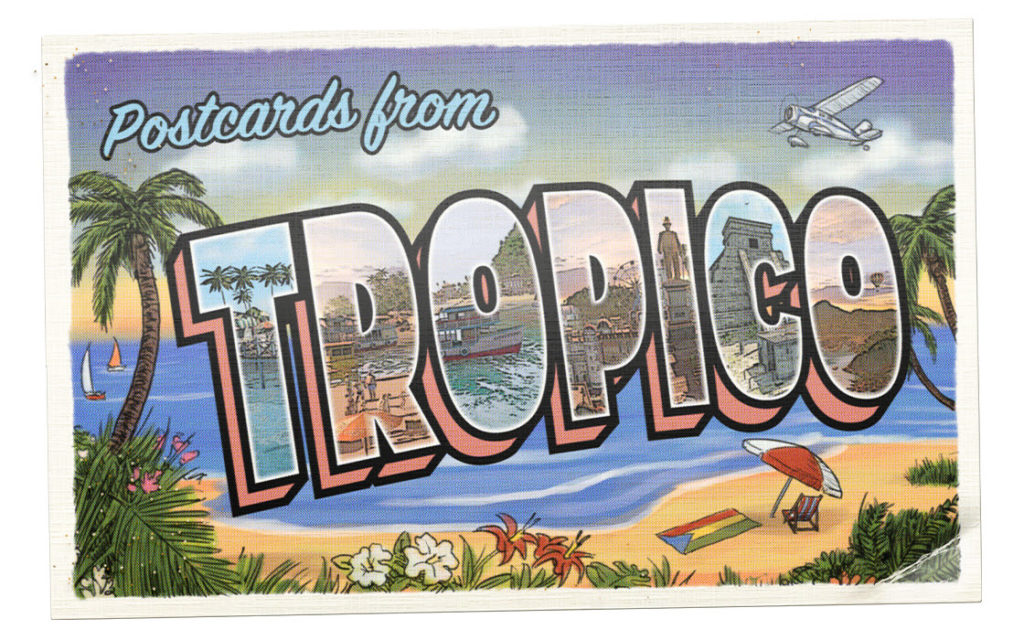 Feral Interactive has released a brand new update for the mobile version of its island-ruling strategy game, Tropico. The update is called Postcards From Tropico and it adds seven new scenarios for you to play through.

What kind of scenarios? Well, there’s Blends With Benefits, which sees you trying to run a coffee empire. Or there’s Give Fleece a Chance, which is all about convincing llamas to meet their export targets.

It’s fair to say the update has its digital tongue lodged in its cheek, and there are five more scenarios that are also going to put a smile on your face. Here’s a trailer that shows off some of what you can expect.

The new stories have apparently been designed to refresh and enhance the pocket-sized version of Tropico. And who doesn’t like being refreshed and enhanced, especially when it’s free?

You can install the Postcards From Tropico update right this second if you’ve already bought Tropico. If you haven’t, you can click here to download the game from the Play Store. It’s premium and it’ll set you back $11.99.