Barnard’s Star is a Turn-Based Tactical Battler, Out Now for Android 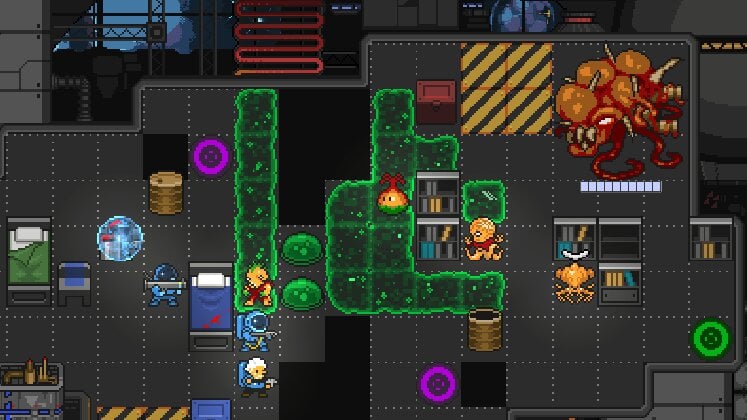 Barnard’s Star is the latest game from the developer behind the rather excellent Card Crusade. It’s a tactical, turn-based scrapper set in space and you can pick it up from the Play Store right this second.

The game sees you picking from one of three different factions – humans, robots and critters – then battling it out against other players or the AI. You’ve got different units with different moves to add to your team, and you’re going to have to be smart if you want to win.

There are nine different maps to fight on, and both online and local multiplayer for you to sink your ghoulish fangs into. Here’s a trailer that shows off some gameplay – be warned, though, it’s silent.

You’re going to be fighting on space stations and intergalactic ships, using your wits and smarts and some futuristic weaponry to take down your foes. And it all looks pretty neat to boot.

And perhaps the best thing about the game is that it’s one hundred percent premium. Pay once, and you’ve got it – there are no micro-transactions or any of that gubbins here.