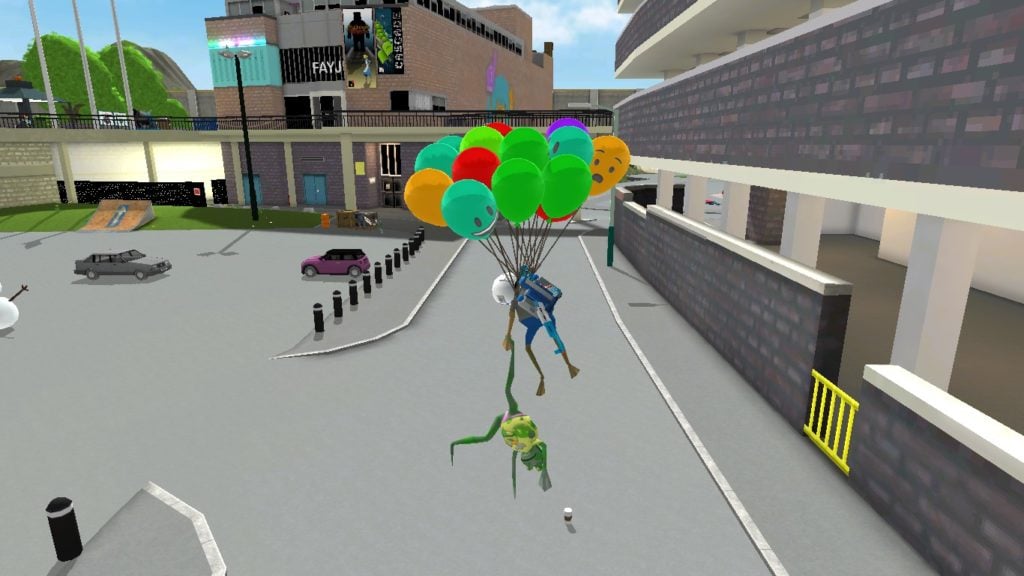 Amazing Frog? is an open-world sandbox mischief maker in the style of Goat Simulator. But a bit more focused. You’re playing a frog, running around and doing ridiculous things in a digital approximation of UK town Swindon.

It’s been out on iOS and PC for a while now, but developer Fayju has just revealed that the game will be landing on the Play Store later this year. So if you like role-playing as a reckless amphibian, you’re in all sorts of luck.

The Android release is going to feature everything that’s currently available in the PC version – Amazing Frog? V2. That includes cannons, rideable pigs and all sorts of other madness. Here’s a trailer for the PC game.

You’re going to be discovering secrets, dressing up your amazing frog and interacting with a wide range of items. Interacting in order to cause mayhem, we imagine. Because otherwise what’s the point?

Amazing Frog? is slated to land on the Play Store at some point later this year. We will, of course, let you know as and when we hear more. If you’d like to give the Steam version a go, you can do that by clicking here.