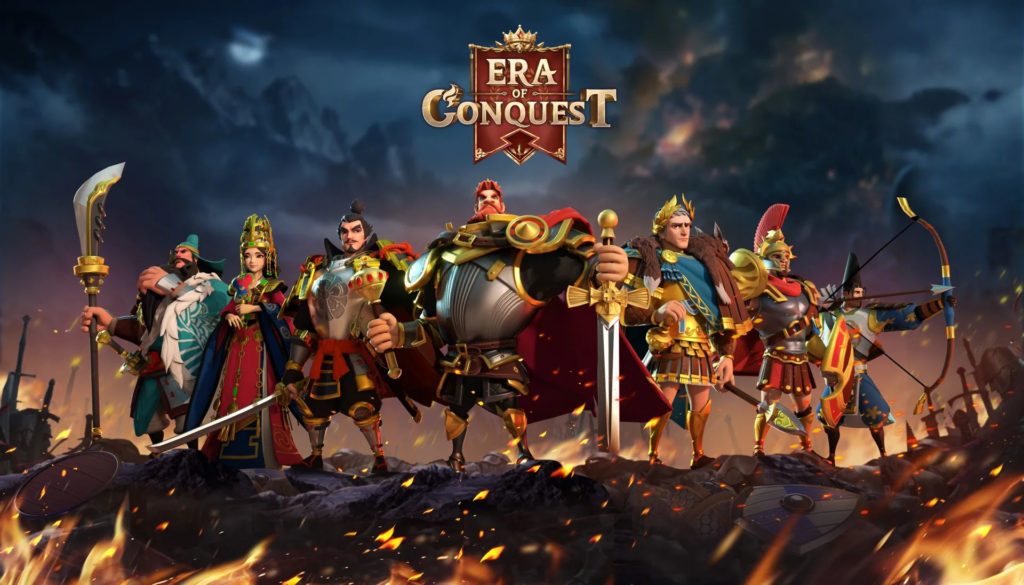 Era of Conquest is getting a closed beta test in mid-July. We can’t tell you how many players will be invited, nor how long the closed beta will go on for. But we can tell you why you should be very excited indeed.

Currently exclusive to mainland China, Era of Conquest is a 4X real-time strategy game that has taken the Chinese mobile gaming scene by storm.

Not only has it reached the number 1 spot on the iOS download charts, but it’s also appeared as a featured app several times on the front page of the App Store. Needless to say, it’s rare for a game to get that sort of reception.

Later this year, once the closed beta test is done and dusted, Era of Conquest will land on Steam, Google Play, and the App Store in a ton of countries all over the world.

Here’s what you can look forward to.

Era of Conquest sees you playing as a lord who has fallen on hard times. The entire goal of the game is to recover your lost status by outmanoeuvring, outwitting, and outfighting your human rivals.

At the beginning of the game you’ll get to choose your civilization. There are ten to choose from, including Britain, France, Germany, the Vikings, and the Arabs.

This makes Era of Conquest a sort of historial mashup in which knights in suits of armor take on vikings in horned helmets, French soldiers take on Arabian warriors in dashing white capes, and so on.

On top of these there are historical figures that you can summon and deploy in battle to give yourself an extra advantage.

Whichever civilization and heroes you choose, however, there’s only one way to make serious progress. You need to win battles against the countless other human players in Era of Conquest’s servers.

It’s a tall order, but the game gives you a gentle start by dropping you in an inner city area shrouded by fog. Here you can get to grips with the gameplay without worrying about getting wiped out by more experienced players.

Once you’re up to speed, the war begins. Era of Conquest is a 4X game, which means it consists of eXploration, eXpansion, eXploitation, and eXtermination. You’ll need to master all four to survive.

But you’re probably most interested in learning about eXtermination. Battles in Era of Conquest play out in real-time, and the game supports up to 6,000 human and AI troops on the screen at the same time.

Not only that, but the servers are global. Players from all over the world can take each other on simultaneously, rather than being restricted to opponents in a single region.

No Player Left Behind

Each battle plays out in real-time, and up to 6,000 troops can appear on one screen, making for some spectacular showdowns. Players from all around the world can take each other on in the same server, too.

To make this workable, Era of Conquest boasts support for 19 different languages. This ensures that pretty much everybody can compete on a level playing field.

It’s cross-platform, too, meaning Android, iOS, and PC/Steam gamers can all play together in the same place at the same time, wherever they are in the world.

When you’re not fighting in Era of Conquest, you’re building command posts, fortresses, and other strategically important structures designed to help you consolidate your territorial gains.

Plus, you’ll need to explore your surroundings in order to claim resources and expand your territory across the map.

What you can’t do is buy up conscription boxes with money or resources. Paying to get ahead is not an option.

That’s a pretty appealing prospect in this day and age. You’ll be able to see Era of Conquest in action later this year. Or in mid-July if you’re lucky enough to join the closed beta test.