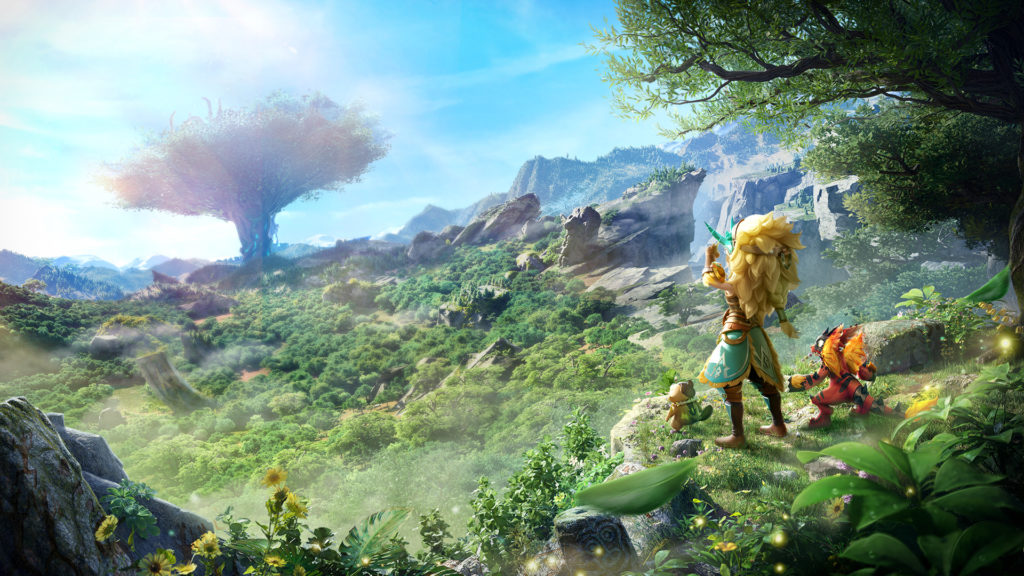 Dragon Trail: Hunter World has just got a new trailer.

Before we examine every frame in search of new clues about the most hotly anticipated mobile RPG of the year, here’s a refresher on what we know about the game so far.

Already a hit in the East, Dragon Trail: Hunter World is an ambitious open-world RPG with a distinctive setting and a compelling story.

It sees you playing as a tribal boy whose father has gone missing. Having inherited his old man’s adventurous genes, the boy heads into the woods in search of answers.

Three things happen there. 1. The boy gets into a scrape with some monsters. 2. He finds a Fire Wythern egg, which swiftly becomes a Fire Wyvern hatchling. 3. He discovers a magical volume called the Book of Loyat.

There’s a huge variety of animals to collect, from the fairly normal-sounding Bluish Parrot to the frankly terrifying Icy Bear. Woolly Mammoths are still around on Star Island, too, along with the Fire Wyvern you befriended in the opening moments.

If you’ve ever played an RPG before, you’ll be familiar with the class system in Dragon Trail: Hunter World. There are four classes to choose from, including Warrior, Priest, Ranger, and Shadowhunter.

They all have their own specialities. For example, the Warrior is a classic tough guy, taking and giving damage with aplomb. The Shadowhunter, meanwhile, uses stealth to take enemies down. You get the idea.

So what have we learned from watching the latest trailer?

First up, it lifts the lid on Dragon Trail: Hunter World’s main graphical inspiration. And what an inspiration.

Like Genshin Impact before it, Dragon Trail: Hunter World borrows heavily from Nintendo’s Breath of the Wild, using the same cel-shaded look to brilliant effect.

In case you’re not up on your game development lingo, cel-shading is a clever technique that cuts down on visual clutter, making game worlds easier to navigate and prettier to look at. Dragon Trail: Hunter World uses it to perfection.

Another quality Dragon Trail: Hunter World has in common with Breath of the Wild is the sheer scale and beauty of its fantasy landscape.

The trailer starts with our hero standing on a hilltop gazing at a vast, sprawling tree in the distance. This tree is so massive that it appears to have a small village or fortress on top of it.

Mist hangs in the air and grass waves in the breeze. Later, we see a perilous cliffside, an endless grassland, and a sun-dappled glade. Dragon Trail doesn’t just look like a fun game to play. It looks like a fun place to be.

But what have we learned about the characters in Dragon Trail: Hunter World?

We’ve learned that they are all tough as nails.

Our hero isn’t just standing on a hilltop in the opening scene of the trailer. He’s also holding a sword that’s bigger than him. That’s a baller move.

Meanwhile, the little Fire Wyvern that kicks the whole story off can breathe fire within a second of hatching. Imagine what it can do after a couple of evolutions.

Head to the Google Play Store to pre-register now if you haven’t already.If you’re lucky, you might even get early access to the hottest mobile RPG of the year.