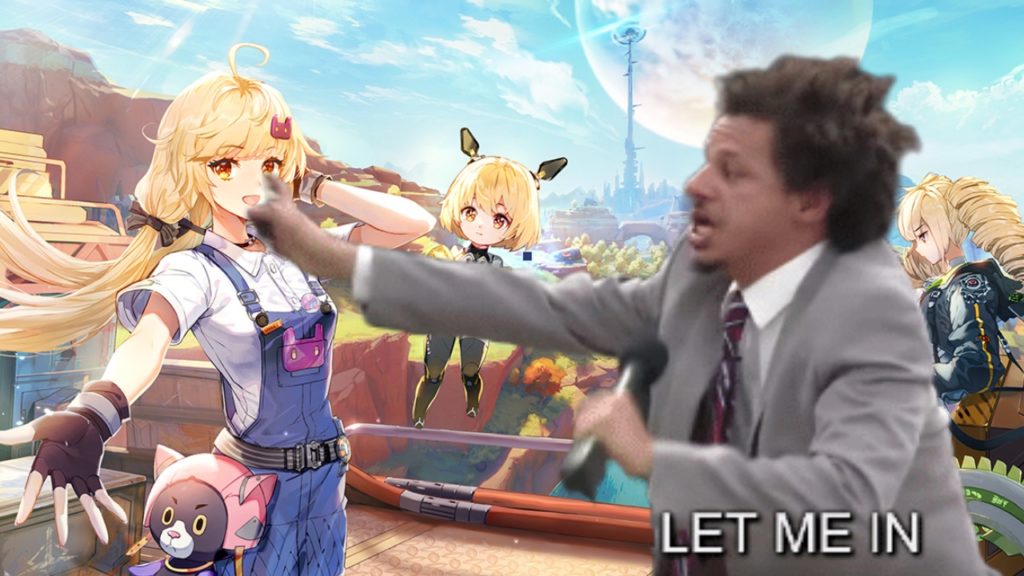 As a massive mobile/PC MMO launch, Tower of Fantasy is unfortunately trapped in a rough trend. After a lengthy pre-registration period, the new mobile juggernaut is struggling to keep up with demand.

Why can’t I play Tower of Fantasy?

Similar to games like Genshin Impact, Tower of Fantasy is currently unplayable for a lot of players at launch. As it turns out, unprecedented demand for the Genshin competitor is causing issues for players.

With so many players looking to enter the game, many of us can’t even get into the game. For example, on one device we were stuck on an update screen at 41% with downloads slowing to a crawl. On another, we were able to bypass that screen after a number of hours.

Slow downloads are typically attributed to a large number of players. If you recall, Genshin Impact has this exact same issue during its launch.

Furthermore, the game is suffering from long sever queues. Anyone who can get past the update screen immediately finds themselves in a long wait queue to play the game. This is unfortunately common with MMOs like this.

On the Tower of Fantasy subreddit, fans have already mocked the game’s long wait times. One user posted the classic “Let Me In” Eric Andre meme; another imply made fun of the server situation.

Is the game buggy?

Alongside complaints about server issues, a number of players have noticed a large number of bugs. However, as the launch of an MMO, this is really to be expected. After all, neither Genshin nor World of Warcraft launched without issue.

Nevertheless, there are a few quirky and entertaining bugs. One curious but harmless issue is that one of the dates on the birthday selector shows as “10% off”. On top of that, players are falling through the world on frequent occasion.

Other than these, it doesn’t appear that the game is much buggier than most releases. However, with so many eyes on the game, more attention will be paid to its issues.

If you have yet to jump in on Tower or Fantasy, check it out here. Although, you might want to wait for a bit.