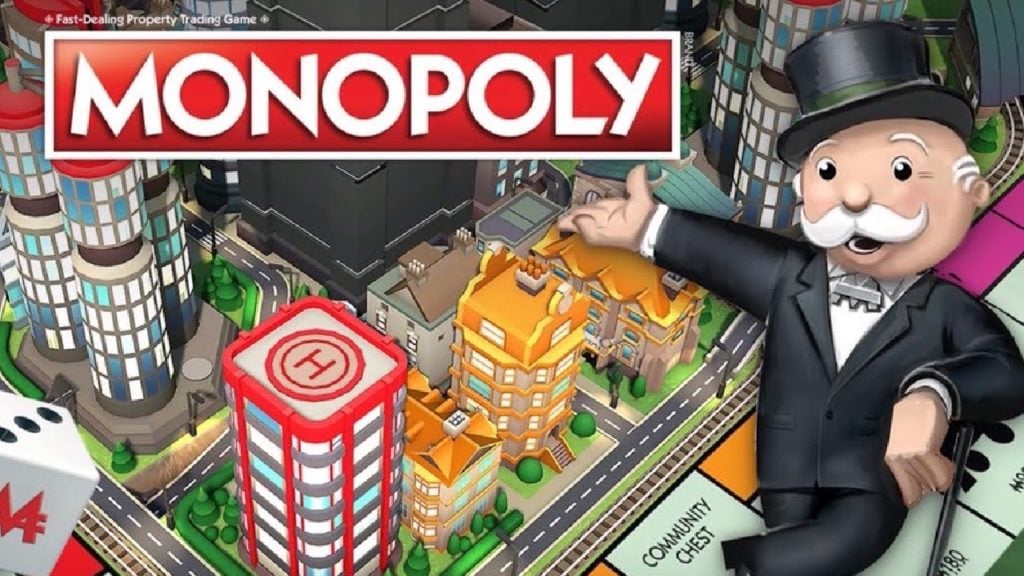 The one board game designed to upset everyone, Monopoly on mobile is undoubtedly one of the best Android board games. While it may not be the most complicated game, it’s beloved for a reason.

On Android, there are a few different versions of Monopoly to choose from. However, we recommend Marmalade’s “MONOPOLY – Classic Board Game”. Not only is it a simple game, but it packs in a lot of features!

Yes, there’s a single player, but this version of Monopoly offers a number of multiplayer options. For example, there’s online multiplayer, but also local where you pass your phone or tablet to play.

In our testing, we casted or screen to the TV while the Android tablet was passed from person to person. It was a whole lot of fun for everyone!

At just $5, you gotta recommend Monopoly. It’s a classic board game that everyone enjoys… For a little bit.

Set in an alternate history Victorian London, Antihero is a board game based on our favourite pastime: ROBBERY. Playing as a master thief, you’ll have to steal things in order to be the best crook in town.

As one of the best Android board games, Antihero is filled with charm. In fact, every crevice of the Victorian-era pop-up book, is overflowing with it.

Every turn, you’ll be able to make a number of moves. These moves can be anything collecting gold to moving or robbing a nearby building. You can even recruit followers to help you get even more loot.

While it may look simple, there’s a deep level of strategy here. For example, your recruited thugs and ne’er-do-wells can be sent to perform numerous activities such as assassinate targets!

At just $5, Antihero is absolutely worth the price of entry. With multiplayer and a full-fledged single-player campaign, this is absolutely one of the best Android board games. Get it here!

A sci-fi board game to remember, Galaxy Trucker puts you in the role of, well, the title says it all, really. As a mixture of real-time and turn-based mechanics, this is a hectic and interesting board game.

Galaxy Trucker is a game of two halves. Firstly, you’ll have to build your spaceship on the clock. You’ll have to make sure that every piece is properly and that it is a ship designed properly for your play style.

Next comes the main brunt of the game. You’ll select event cards that can lead you to loot planets or fight other ships. There’s a large number of events that can really alter how you play.

Yes, Galaxy Trucker has the standard single player vs AI matches, but also a fantastic campaign. Furthermore, there’s fantastic online multiplayer to play with others. It’s the whole package.

This is another premium experience. You’ll have to fork out $5 to play, but it’s absolutely worth it. Pick it up here.

Just like Galaxy Trucker, Terraforming Mars is very self-explanatory. Yes, you will be terraforming the red planet, Mars. Okay, it’s a bit more complicated than that!

If you have a large tablet, this is absolutely one of the best Android board games. Benefiting heavily from a bigger display, this is a PC management game at its best.

An adaptation of the beloved tabletop game, you’ll engage in a strategic hex-based card game to turn Mars into a liveable environment. Let’s just hope you’re better than I am… sorry, Mars.

There’s multiple modes of play here. You can play against the computer or against real people on local or online modes. Furthermore, there’s a number of variant modes and expansions to play through.

Unfortunately, Terraforming Mars is slightly more expensive than other board games, but it’s still affordable. If you like the sound of it, pick it up here.

A historical board game set within the Cold War, Twilight Struggle is a basic-looking board game with a lot of depth. A fantastic adaptation of the tabletop board game, you’re tasked with controlling either the United States or the USSR.

Each movement will see you engage in scenarios pulled on event cards. These events are all based on real-life moments from the Cold War. That’s right, you can learn while you play!

This political tabletop game is a blast on Android. If you can fork out the rather cheap entry fee, we absolutely suggest picking it up.

Those are the best Android Board games

Well, there you have it. These are the best board games that we know of. If you have any other suggestions, please make sure to tell us in the comments below.

We’re always looking for new games to add to our lists, so help us to help others.