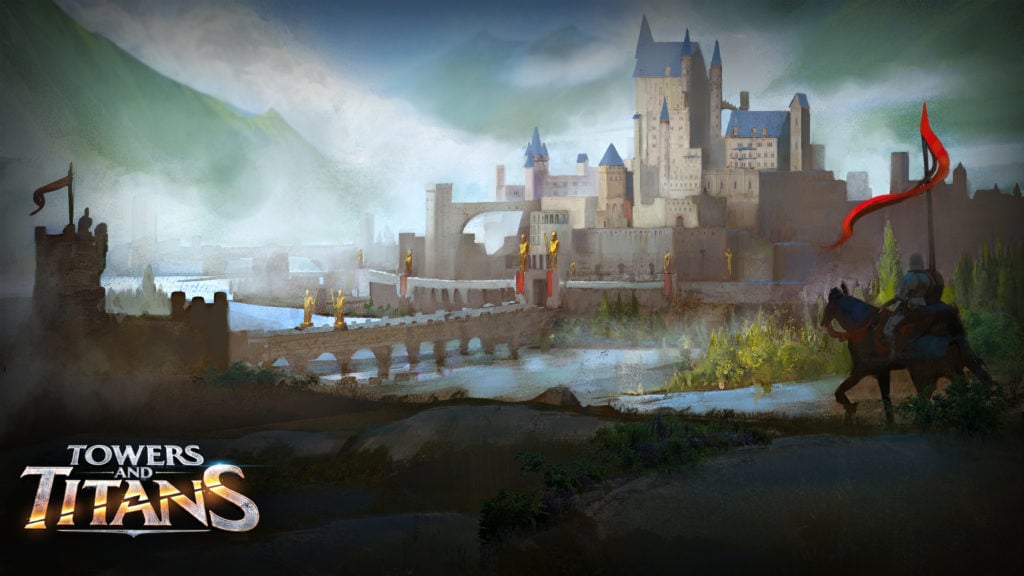 New stuff is always exciting, and in the world of video games, it doesn’t get much newer than blockchain technology.

Towers and Titans, from Rumble Games, is shaping up to be the next big thing in blockchain gaming. Not only does it look great, with sharp 3D visuals and fantastic character designs, but it promises some exciting tower defense gameplay too.

And, of course, it holds the prospect of untold riches. Your Titan and equipment NFTs are yours to own, upgrade, customize, and trade.

Thanks to the magic of the blockchain, they exist just as surely as your stuff exists in the real world. The authenticity of each and every NFT is totally verifiable, giving you a huge sense of ownership and connection with your Titan army.

Towers and Titans isn’t out yet. A handful of lucky players have been able to check it out through the closed beta. But the rest of us will have to wait for the desktop and mobile beta early next year or the full launch next autumn.

But you can still get involved. At some point before the end of this year, Rumble Games will hold their first NFT sale.

The advantage of getting in early, of course, is that you’ll almost certainly not regret getting in on the first mint for what will inevitably be a big title in 2023.

In case you’re still on the fence, here are four reasons we think you should be getting excited about Towers and Titans’ first mint.

The Titans are central to Towers and Titans (the clue is in the name), and so Rumble Games has clearly poured countless hours and buckets of love into making each one memorable and impeccably polished.

Terms like “the blockchain” and “NFT” are often attached to gimmicky projects. At the cutting edge, gameplay often takes a backseat to buzzwords.

From where we’re sitting, Towers and Titans seems to have avoided this pitfall in style. Everything you’d expect to find in a top strategy RPG is here, including PvP, PvE, multiple dungeons, over 400 unique Titans in the works, and more.

Plus, there are elemental affinities, traits, skills, star levels, equipment items, and the ability to evolve and ascend your Titans.

Towers and Titans is a tower defense strategy title, and Rumble Games has gone to great lengths to ensure that the multiplayer has the same tight, puzzle-like structure as a single-player game.

PvP gives you two lanes to defend, and each unit you slay appears in your opponent’s Rival Lane, giving the whole thing a slightly Tetris Attack-style dynamic of shifting momentum.

During rounds, you can add Surge units to the field and then kill them to send them in your opponent’s direction. Plus, you’ve got a limited number of Command Points to spend on boosting your Titans.

The aim is to overpower your opponent by defeating enemies faster in your lane, which sends them to the opponent’s side. It’s a clever mechanic that transplants the tightly structured gameplay of a tower defense game into a multiplayer setting.

After minting a tome NFT, you can use it to summon a Titan. The type of tome influences which Titans you can summon with it, though they all come with a Natural Star Level between 1 and 5.

Not only will you obtain free NFTs as you make your way through the game, but you’ll be able to play with them, upgrade them, and trade them on the marketplace too.

Either way, you’ll be a digital asset owner right from the get-go, mixing and matching Titans and upgradeable equipment to create countless unique blockchain warriors. The more you play, the more you earn.

And the quickest way to start earning is to get in on the first mint.

Head to the Towers and Titans Discord to get started.