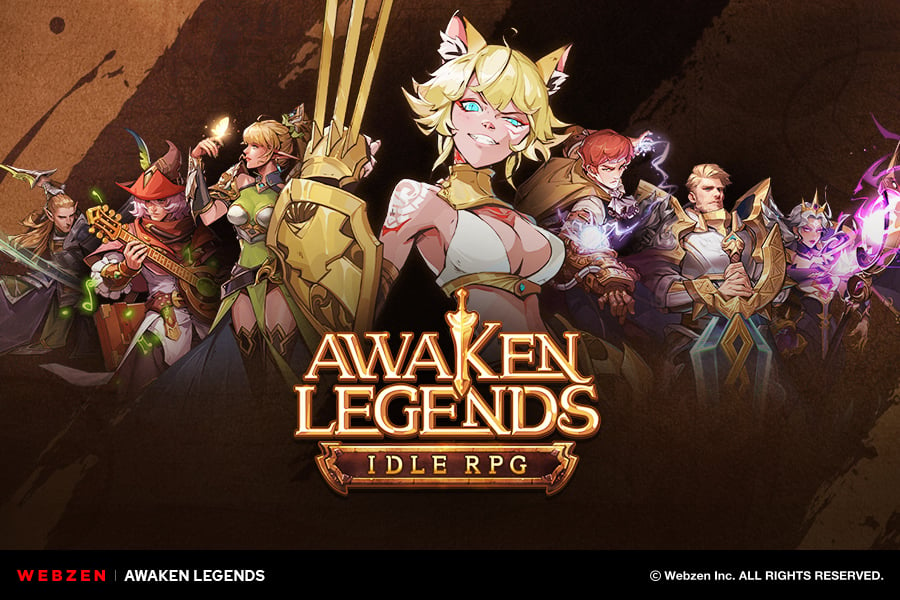 Awaken Legends: IDLE RPG is available to download right now in Canada and the Philippines.

And get this. Not only do the residents of those two countries get to play Webzen’s latest casual mobile game before anybody else, but they can also participate in a host of launch events.

Some people have all the luck.

In case you’re coming to the game fresh, Awaken Legends: IDLE RPG is, as its name suggests, an idle RPG.

It sees you exploring a vast fantasy continent called Westland, working your way through an epic single-player campaign, and battling with lots of enemies. Naturally, there’s also PvP for those of you who prefer sentient opponents.

You’ll also summon an army of powerful hero characters. There are more than 50 to collect, each one belonging to one of seven different factions. They include Human, Elf, Cyborg, Orc, Nogoth, Gifted, and Brandon.

These heroes all have their own attributes, abilities, and fighting styles, giving you plenty to consider as you compose your formations.

There’s a lot more to Awaken Legends: IDLE RPG than we can cover in this post. But Webzen has kindly produced a couple of videos together offering a sneak peek at the Flexible Faction System and the Hero Promotion system. Check them out.

As we mentioned, Awaken Legends: IDLE RPG is launching with some events, allowing you to fill your coffers and supercharge your heroes before the game goes global.

And if you manage to log in for seven days in a row you’ll also get Newbie Sign-In rewards. These include an Elite-Kalios hero, Gems, and Race Summoning Scrolls.

Then there are the daily quests. Completing these will net you some unique rewards, including an Elite Evelynn Trafalgar hero. The quality of your reward will depend on the difficulty of the quest, from Newbie Trial to Intermediate Trial.

If you’re in one of the blessed soft launch regions, head to the Google Play Store or the App Store to download Awaken Legends: IDLE RPG for free right now.

Otherwise, check the game out on Facebook and the official Awaken Legends: IDLE RPG site.