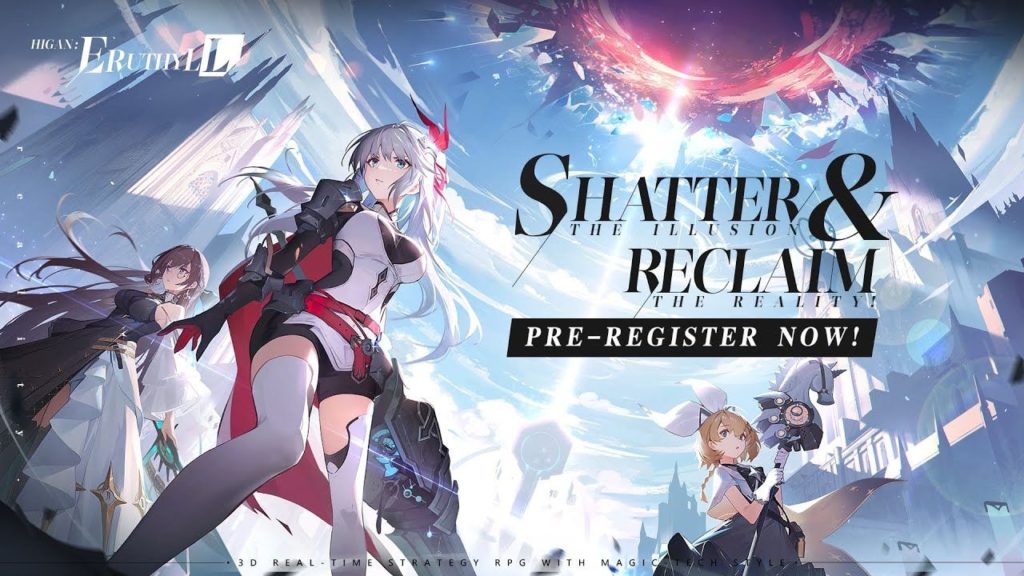 The upcoming gacha RPG Higan: Eruthyll is now available to pre-register on Google Play, and, to celebrate, developer Bili Games has released a brand new teaser trailer to coincide with it.

Pre-register and you will receive an alert as soon as the game launches, or even set it up to automatically install once it’s out. You can do so via the Google Play Store or iOS App Store. Alternatively, you can also pre-register on the official website, using your email address or phone number.

Higan Eruthyll is a strategy game where you collect characters using the gacha system. In typical gacha game form, you may end up obtaining low-rank characters, or you can be rewarded with some of the best characters meta-wise.

Collect characters and assemble a powerful team to use during battles as you progress throughout the world of Higan: Eruthyll. The game features an antique art style blended beautifully with magical sci-fi elements. Each character wields an intricately designed weapon, as well as harboring powerful abilities that are shown in a short animation during battles.

What’s In the New Trailer?

The first scene opens up with two characters on a wide platform surrounded by blue skies and clouds. Suddenly, the characters are thrown into an intense battle inside a dark structure, with sneak peek of their abilities and weapons.

A woman appears, who seems to be an enemy, and could potentially be a boss. She creates a large explosion and the screen cuts to black.

Next up, we get to see further character abilities during actual gameplay.  It’s a great way to get us excited for the game, especially since the combat looks incredibly fun. The trailer closes with a montage of the character’s animations and finishes off with an announcement to pre-register now ahead of its release.