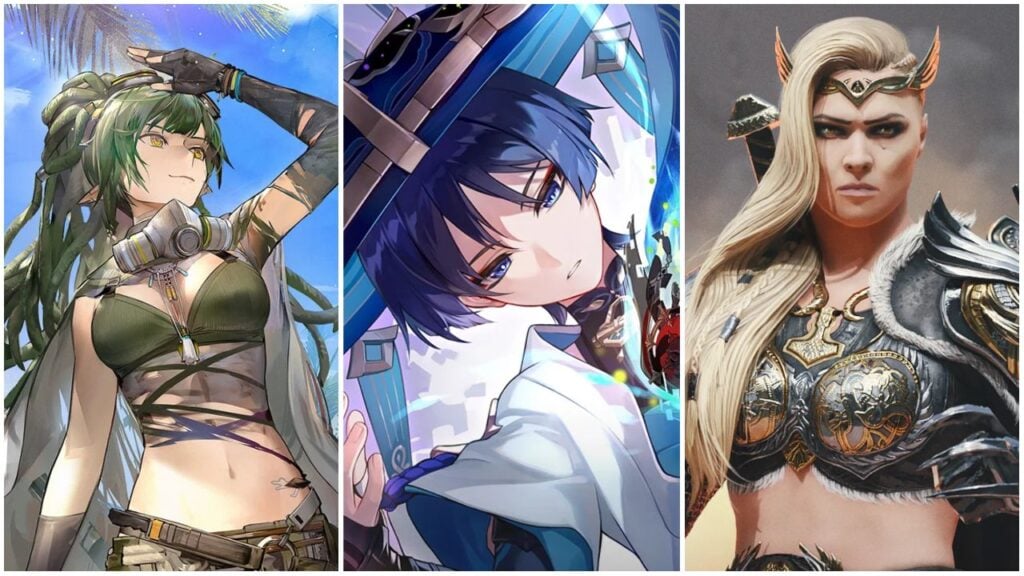 Gacha games are getting increasingly popular as time goes on, but what are the best Android gacha games? We’ve played through a bunch of them over the years, so we’ve got a pretty good idea of which gachas are worth your time!

Gacha games are essentially character collecting games where you summon a range of heroes to place onto your team. While some gacha games stray away from the usual system, many rely on limited-time character banners. Take a look at our favourites – you may find a new gacha to play!

A darker take on the genre than most of the other games on this list – Raid: Shadow Legends lets you enter a gloomy fantasy world of orcs and vikings and all manner of other grizzled warriors.

The fighting is fun, there’s an almost incomprehensible number of characters to collect and there’s a massive player base as well.

Genshin Impact is arguably the most popular gacha game at this current time. The loyal fanbase keeps growing, and for good reason. A lot of gacha games should take a few notes from the overall gameplay in Genshin Impact. It’s rare to come across a gacha game that has a fully open world – which is what Genshin does brilliantly!

Blue Archive is a stylish gacha game that features a wide variety of cute anime-style characters. Take part in 3D battles with gorgeous animations as you try out a range of unique abilities! Whether you choose to focus on the engaging combat, or you want to explore the storyline, there’s plenty to do in Blue Archive!

Arknights is a well-known entry in the gacha genre. While many gacha games decline after a while, Arknights certain hasn’t! The loyal fanbase keeps growing, and there’s no sign of it stopping any time soon.

The character designs are amazing, with the game set in a futuristic post-apocalyptic world. Immerse yourself in the brilliant storyline, or battle it out strategically in tactical combat.

Eversoul is one of the latest gacha games at the moment – and it’s fantastic! Take care of your town, interact with the characters you collect, and battle against enemies in exciting combat.

Each character has a set of unique abilities that are accompanied by gorgeous animations. Even the storyline is great, with each cutscene being voiced – a rarity for some gacha games!

If you’re a fan of the Dragon Ball Z franchise, you may have already heard about this game! If not, then welcome to Dragon Ball Z Dokkan Battle. Play through a wide variety of addictive puzzle games with brilliant 2D art. You’ll spot familiar faces from the franchise, as you experience a brand new storyline!

Nikke took the world by storm when it was first released – mainly due to obvious reasons. Fanservice aside, it’s an incredibly popular gacha game as of right now. The overall aesthetic is beautiful, as the game is set in a world inspired by science fiction. Recruit a wide variety of characters to use, as you take part in engaging combat with brilliant battle effects.

Buil a powerful battle deck as you battle it out in fast-paced combat against your opponents! Clash Royale is a game developed by the same creators behind the popular mobile game, Clash of Clans.

If you’ve played Clash of Clans, you’ll recognise some familiar faces as you play through Clash Royale! Collect and upgrade a wide range of cards as you climb up the leaderboard in League and Global tournaments.

Hero Wars is a mobile gacha RPG where you can collect a plethora of characters that each have their own set of skills. Battle against the Archdemon, as well as a variety of enemies as you play through PvE mode, or challenge yourself in the fast-paced PvP mode! Upgrade your characters to assemble a powerful team that can help you blast through the exciting content.