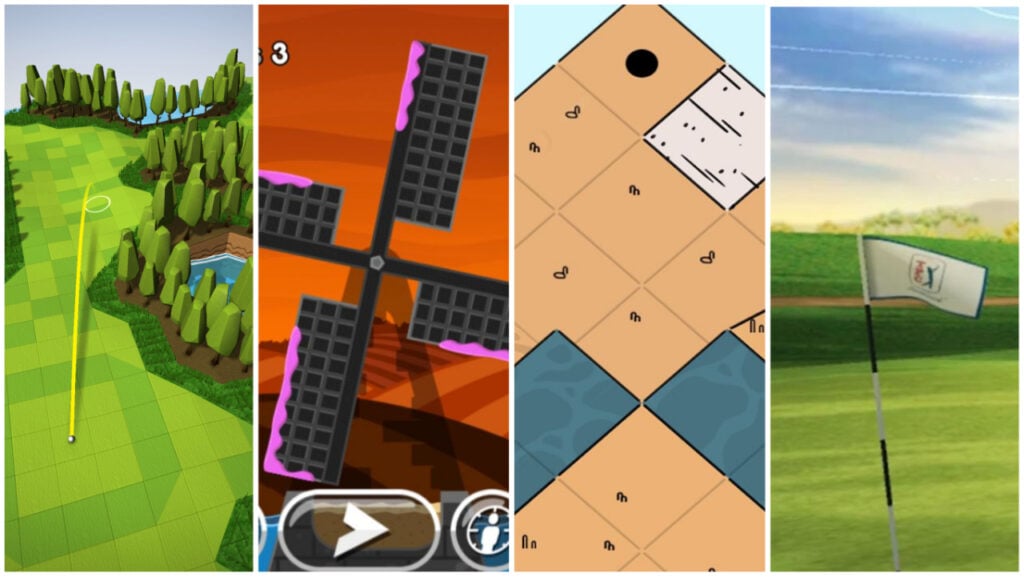 Everyone knows that golf games are better than actual, real-life golf. That’s just a fact. Don’t argue, there’s no point. It’s one of the fundamental building blocks of the universe. But which are the best Android golf games?

That’s the question we’re trying to answer with this list. We’ve got golf sims, arcade golf blasts from the past, and at least one game that involves playing golf on a completely different planet.

You can click on the names of the games below to download them from the Play Store, and unless otherwise noted they’re premium. And if you’ve got your own favorite golf game, let us know about it in the comments section.

A big, super-polished free-to-play golf game. There are loads of balls, loads of courses and plenty of fun to be had. This is one of those games that try to recreate actual golf, but without the physical effort. You can join a player-driven country club and even gift equipment to other players, so there’s a social side to the game too.

Another free-to-play golf smasher that sees you playing against other people in little competitions. It balances silliness and simulation in some pretty neat ways. The game offers a ton of customization options, both cosmetically and in gearing up for a game, so you can get as deep into the gameplay as you like.

Another one that sees you taking on other players from across the world. You can play along casually, collect different clubs, or delve into the PVP scene. There are even big multiplayer tournaments to really test yourself against other players. Like golf? Love this.

Nano Golf: Hole In One

Nitrome puts its own unique spin on the golf game. You need to get holes in one, otherwise it’s game over. It’s bright and silly but also pretty darn challenging. Mastering the perfect ricochet is your key to success. This one’s free with an IAP to get rid of the ads.

A simple and relaxing game of golf spread across a series of gorgeous little dioramas. It’s made for short bursts to kill a bit of time. It’s easy to pick up and play, and once it gets its golf fangs in you, it’s difficult to put it down.

What’s better than a golf game? How about a golf game that you play with cards? That’s what Golf Peaks is. Part puzzler, part golf game, it’s all pretty darn neat. And it’s an awful lot of smart fun. There are over a hundred and twenty courses to try out, so it’ll keep you occupied for a while.

It might have been out for a while, but this arcade blast is still well worth checking out. There are over twenty different courses and customizable characters. It’s got single-player, it’s got multiplayer, it’s got goop and goo, and a whole lot more. It’s free with IAP.

Finally you can answer one the great mysteries of the cosmos. What’s it like to play golf on other planets? There’s a mesmeric rhythm to this one that’s going to keep you thwacking balls around Mars until you’ve lost all sense of reality.