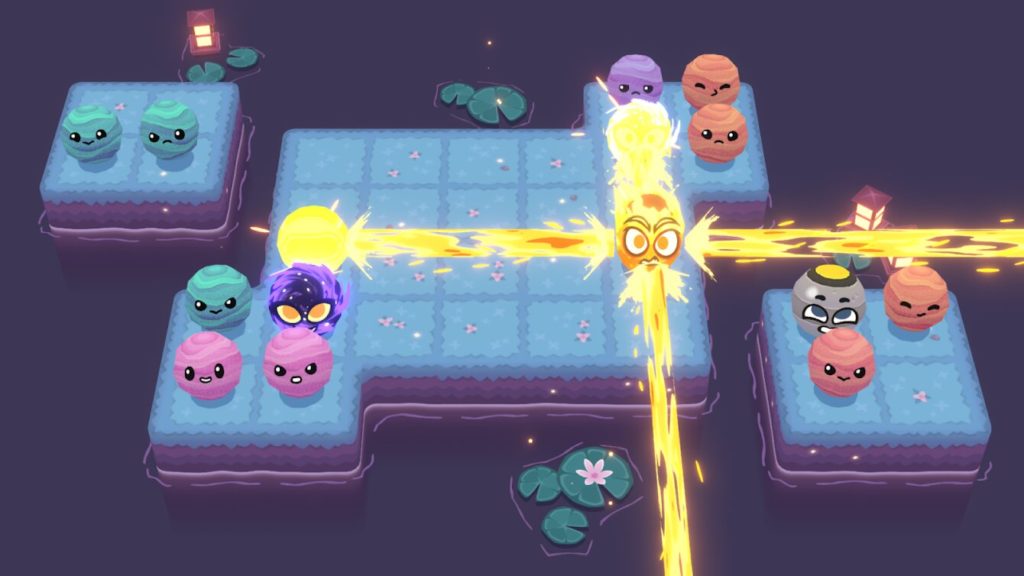 The first week of July 2021 might not go down in history as the week when all of the amazing games came out on Android, but that doesn’t mean there aren’t some gems in this week’s selection. In fact, when we’ve finished typing this we’re going to put our laptops down and go and play at least one of them.

Whether you’re looking for a puzzler, an arcade crash-’em-up, a touching coming of age drama featuring magical powers or something a bit casual, we reckon there’s something here that’s going to tickle your fancy.

So let’s stop all the fussing and a-feuding and get on with it. Remember you can click on the names of the games to download them straight from the Google Play Store. And make sure you check back next week when we’ll have another round-up up the best new games over the past seven days.

A game about, shock horror, collecting bits. They’re falling from the sky, and you and your robot companion need to grab as many as you can. It’s kinda charming in all the right ways, and while it’s entertaining it never pushes the challenge so far you’re going to get frustrated. The game is free to download and it’s supported by ads.

A short but incredibly engaging adventure puzzler that sees you exploring a mysterious Norwegian island with a bracelet that has special powers. It’s a supernatural coming of age story that deals with loads of interesting themes and it’s well worth checking out. Embracelet is a premium game and it’ll set you back $5.99.

A potion-mixing, team-building, open-world RPG set in the world of the Atelier series and packed full of familiar characters. Y’know, familiar if you know who they are, anyway. You can team up with friends, explore dungeons and fight monsters, and customize your characters too. This one is free to play, and there are IAPs to spend your cash on.

A charming and challenging puzzler that sees you trying to chain together explosions to clear a grid of bombs. It’s full of funny characters, and the puzzling is fresh enough that you can’t help but fall in love with it. Give it a go and we think you’ll be pleasantly surprised. The game is free with IAP, but you can play it without having to spend quite happily.

A fast-paced, open-world arcade driving blast featuring more jumps, flips and skids than you can throw a broken-off steering wheel at. It’s a sandbox multiplayer game, but you can play offline as well. This is one of those games that’s almost impossible not to play with a smile on your face. Crash Drive 3 is free to download, and it’s ad-supported. You can get rid of them with an IAP, and unlock a bunch of extra content at the same time.