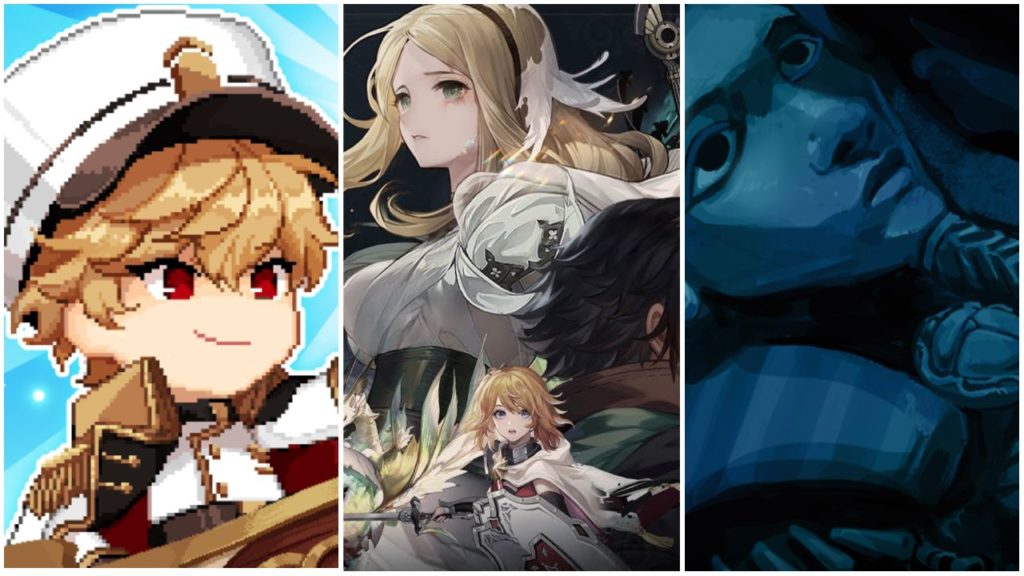 If you haven’t been keeping up with the best new mobile games this week, don’t you worry. We’ve searched high and low for the most recent additions in the mobile game world. This week’s been an exciting one for brand-new games. Down below is where you’ll find our handpicked choices from this week – we think you’ll love them!

Each week we’ll report on the new games and shine a light on those that you may have missed out on. The best new mobile games this week are Archeland, Path of Ra, Airship Knights, Talking Tom Time Rush, and Art of Fighting 2. All five are amazing games that each have their own gameplay style.

Archeland is a brand new strategy RPG for mobile users. So far, it’s only available in South Korea, with the official launch starting on December 6, 2022. It may be a while until we can get our hands on it ourselves. If you’re familiar with Langrisser, Zlong, you’ll be glad to know that the developers are behind Archeland.

As you start the game, you find yourself in Orcarium, a historic destination. Story-wise, it focuses on a character named Avia. She’s the princess of the Holy City of Pharos, but suffers from a curse. Dragon scales spread across her body – a true detriment to her health. Avia sets out on a journey with a group of adventurers to save her beloved city from danger.

Combat-wise, it’s a typical turn-based RPG. Collect a variety of characters as you assemble a strong team, with a desginated tank, healer, and DPS.

The only way we can play Archeland at the moment, is by using a VPN and setting it to Korea. Once you’ve done that, check out the game on Google Play.

If you’re a fan of Egyptian history, you’ll love this one. Pair up with the soul of a Pharaoh as you take part in this interesting puzzle game. The Pharaoh has in fact, reincarnated into a hieroglyph on his tomb. The main mechanic in the game is to move and rotate tiles. Remake ancient murals, and find a way out for the Pharaoh.

As you progress through each puzzle, you’ll discover more about the Pharaoh’s life with some gorgeous cutscenes. Unravel his history, and find out how exactly he met his death. At the moment, there are 60 levels to play through – we’ll keep an eye out in case any new levels arrive in the future.

Here’s a retro one for you. The original Art of Fighting 2 was first released in 1994. Now with this shiny new mobile port, a whole new audience can experience the game. Choose between 12 fighters to use in the King of Fighters ultimate fighting championship. With a recovery system, as well as a unique Rage Gauge, it’s well worth a try.

The Rage Gauge is a mechanic that limits the useage of special attacks, as well as lowering their effectiveness. While it may seem annoying, it does add an extra sense of challenge to each fight.

Are you a fan of retro fighting games? Check out the game on Google Play.

The popular icon, Talking Tom is back! The brand new installment features, Tom, Hank, Becca, Ginger, Angela, and Ben. They seem to have found a mysterious Magic Gate, but the Rakoonz decide to make an appearance.

The Rakoonz steal your crystals and suddenly disappear into another world. Tom and the rest of the gang go on to explore a variety of new worlds, with plenty of unique areas to explore. Use power-ups to boost your run session, followed by collecting a range of new outfits.

Ready to delve into the world of Talking Tom? Download now from Google Play.

Explore a steampunk-inspired world in this brand new gacha idle game. Collect a variety of characters as you perfect the art of AFK battles. The game is entirely set in the skies on an airship. Take part in battles with your assembled team of knights – upgrade your characters, and the airship, to get even stronger.

While Airship Knights is your typical idle game, it definitely takes a spin when it comes to the overall aesthetic. Your airship also has 6 cabins to maintain, including an Engine Room, Research Room, and a Control Room.

If Airship Knights has caught your eye, check out the game on Google Play.

So, that’s our handpicked top 5 best new mobile games this week, what did you think? Will you be trying any of them out? Our personal favourite is Airship Knights – it’s a brilliant gacha game. If, like us, you love gacha games, take a look at our Airship Knights tier list, Captor Clash tier list, and our Touhou Lost Word tier list.