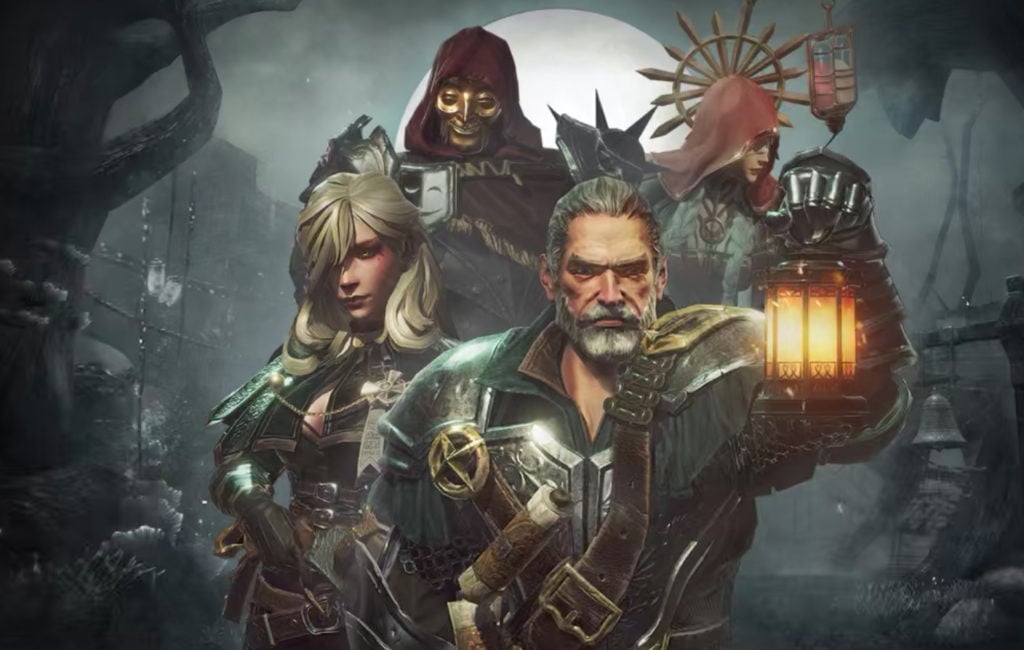 RPGs are the perfect companion to long winter evenings, which are dark and full of terrors. Like rain. Lots of rain. The genre is defined by lengthy adventures in beautiful environments, with deep systems and mechanics to dig into. When you’re finished, spring will likely have reared its head and you can go out and play again.

Here we’re going to round up our favourite mobile RPGs so you can have something to pick from. If yours isn’t represented on this list, head on down to the comments and make your pitch for it.

A controversial choice at the top of the list? Yeah, probably. But KOTOR 2 is a brilliant, touchscreen enabled version of an absolute classic. It’s massive, packed full of interesting characters and just feels like Star Wars should.

If sci-fi doesn’t do it for you, Neverwinter Nights dark fantasy take on the Forgotten Realms just might. This is another classic Bioware adventure that Beamdog has released an enhanced version of, and it’s brilliant.

Dragon Quest VIII is often regarded as the best DQ, and it’s also our favourite JRPG for mobile. Square Enix has taken a lot of care to ensure it works on our platform, and it runs in portrait mode so you can play it while standing up on a busy train.

Chrono Trigger is one of the best JRPGs of all time, so of course the mobile port is going to make this list. It’s probably not the best way to play it, but if you’ve got no alternatives, you might as well check this one out.

Another Eden is a JRPG by the makers of Chrono Trigger, and it’s a fantastic mobile offering. There’s plenty of content to battle through and regular events to participate in, including a recent event that featured Persona 5 characters.

The Elder Scrolls: Blades isn’t a mobile version of Elder Scrolls, much to our dismay. What it is though, is a brilliant dungeon crawler with plenty of loot, a touch-based combat system, and PvP.

Final Fantasy Tactics: The War of the Lions has held up really well over the years, and is as fun today as it was at launch. It might well be the ultimate strategy RPG of all time – and it certainly is on mobile.

The Banner Saga is a close contender – though you’ll need to play the third entry on another platform. It’s dark, challenging, and deeply strategic stuff. Think Game of Thrones meets Fire Emblem.

Grimvalor is an excellent side-scrolling metroidvania-like RPG that launched earlier this year. It’s got really fancy visuals and a Souls-like progression system.

Oceanhorn is the best non-Zelda we’ve ever played, and it’s also one of the finest looking mobile games of all time. Much like with Cat Quest, the sequel isn’t available on Android as it’s an Apple Arcade exclusive. Bah!

Crashlands is another excellent open world adventure, which blends RPG tropes with Minecraft’s creativity. It’s an isometric experience that’s built from the ground up for mobile and it’s well worth a look-in.

The Quest is a criminally overlooked first person dungeon crawler that draws a lot of influence from classics like early Might & Magic, Eye of the Beholder, and Wizardry. The entire visuals are hand-drawn and it receives regular expansions even today. Don’t miss this one.

A fast-paced dungeon crawler that takes most of the control out of your hands. Not in a bad way – Nonstop Knight 2 lets you get down to the nitty gritty of smashing monsters in the mug.

Eternium doesn’t get enough of a mention. It’s the best Diablo-like you’ll find on mobile, with loads of dungeons to battle through, loot to collect, and monsters to beat. There’s also a mobile-friendly control scheme that sees you drawing shapes to perform skills.

Dungeon Hunter 5 is a long-running Diablo-like by Gameloft. It’s a little too free to play for our liking (and by that, we mean it encourages you to pay all of the time) but it remains a slick and good-looking entry in the genre.

Best of the Rest

They can’t all be winners, can they? Below, we’ll round up all of the other worthwhile Android RPGs that didn’t quite win big in a particular category.

Baldur’s Gate, Baldur’s Gate II, Icewind Dale, and Planescape: Torment are all absolutely worth a look-in. They serve as a great history lesson for the genre – particularly for fans of Bioware.

Almost the entire Final Fantasy series is available on mobile, from the classic original all the way up to XV. A few notable entries are missing though, including VIII, X, and XII.

Much like Final Fantasy, many entries in the Dragon Quest series are available on mobile. Again, there are a few notable entries missing, like Dragon Quest VII.

Evoland and its sequel celebrate RPGs from throughout history by literally taking you back in time in gameplay form.

Titan Quest was a Diablo competitor back in the day that’s now available on mobile. It’s not a particularly great port but if you have nothing else to play it on and fancy a hack and slash, you can do much worse.

Battle Chasers: Nightwar is an open world RPG with a Diablo-like combat system. There’s lots of replayability here, as you can replay dungeons at higher difficulty levels for better rewards.

The Battleheart series aim to do interesting things with the mobile touchscreen. In the first, you control a band of heroes by tapping and swiping to move around the screen and perform actions. The sequel expanded on this while a spin-off aimed at providing a Diablo-like alternative.