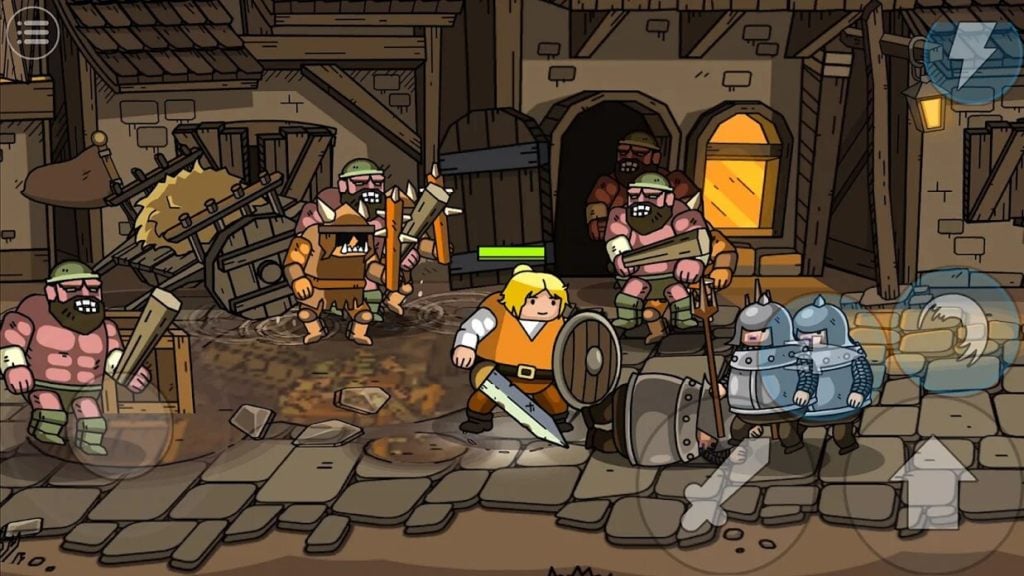 Oh, look, it’s the end of the month. When did that happen? Well, at like midnight last night we guess, but that’s not the point. The point is we can now write up our list of the best games that came out for Android in April.

This month we’ve got arcade racers, a super-challenging hack-and-slasher and a climbing sim that’s full of gorgeous vistas. You could say there’s something for everyone. In fact, we sort of just did. Neat.

You can click on the names of the games below to download them from the Play Store, and unless otherwise mentioned, they’re premium. Got your own fave that came out in April? Be sure to let everyone know about it in the comments section.

A gorgeous climbing simulator that sees you clambering over rocks and glaciers, reaching and stretching to get to handholds. You can only grab for so long, though, so you need to mix up your grasps and dangles to make it to the top.

A heart-wrenching narrative experience that’s all about loving someone with dementia. It’s touching in all the right ways, and it’s going to stay with you long after you’ve put it down. If you’re looking for something different this month, give it a go.

A game that’s actually a bunch of different games. It sees you traversing the entire history of the cosmos, from birthing the first atoms in the fires of a sun to controlling galaxy-spanning civilizations. There’s always something new to do, and it’s all a load of fun.

A fantastic arcade time-trial that sees you burning rubber through a series of tricky tracks. You’re trying to shave split-seconds off your time, unlocking new races and cars as you go. There’s an awful lot to love, especially if you’re into racers that are packed with action.

Don’t let the cartoon graphics fool you – this is a super tough Souls-like that’s going to ask an awful lot of your fingers. There’s hacking, slashing, dodging and leaping. And dying. An awful lot of dying. You can try the first area for free, and an IAP will unlock the rest.

Feral Interactive brings another classic strategy game to mobile. This one is full of knights and trebuchets and sieges and all of those sorts of things. There’s statecraft and all kinds of other things to sink your face into. And it’s ace.

A violent side-scrolling brawler that gives a big nod to the likes of Golden Axe. You can fight on your own or team up with up to three other players to mash monsters up cooperatively. You can use controllers as well. It’s free with a few IAP, but you can enjoy the whole thing without paying.

A fast and ferocious parkour auto-runner that’s got a style and swagger all of its own. It pops and fizzes in all the right ways, and there’s a decent level of challenge waiting for you as well. It’s not perfect, but it’s well worth checking out.

An asynchronous PvP tower defense experience that’s packed full of smart violence and bright ideas. When you’re not attacking you’re building up your base and trying to protect it from destruction. This one’s free with IAPs.