The Best New Android Games This Week – My Time at Portia, My Friend Pedro, Mini Blaster and More 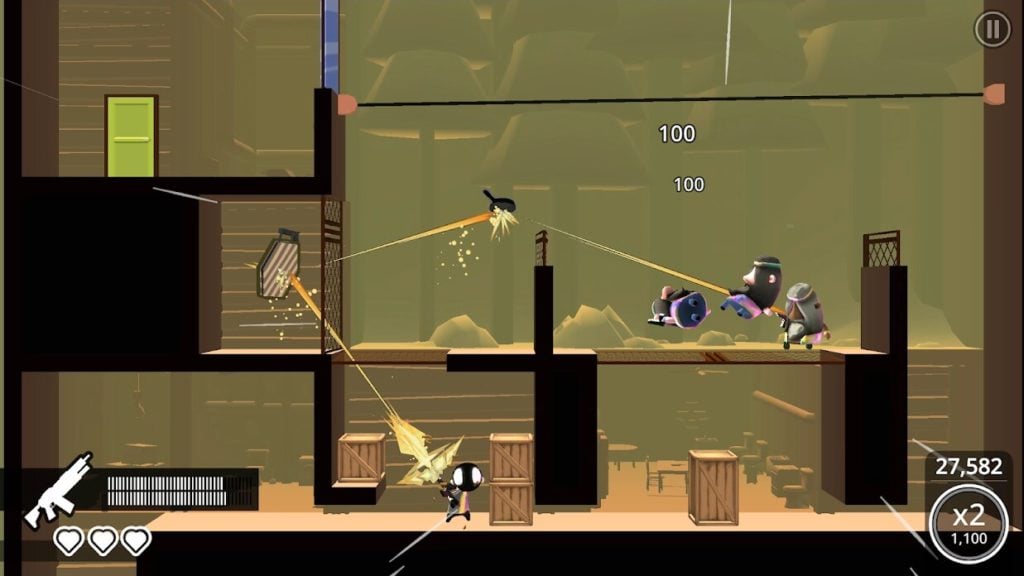 Another week is winding down, which means it’s time for us to pick what we think are the five best games to land on the Google Play Store this week. It’s been an M heavy seven days as well – all but one of our picks starts with the 13th letter of the alphabet. And the one that doesn’t starts with the 14th. Madness.

This week’s crop involves shooting, time travel, rebuilding a world in the aftermath of an apocalyptic event and some more shooting. With some pranks thrown in for good measure.

You can click on a game’s name to head over to the Google Play Store and download it. And if you’ve got any suggestions for games we could have included, make sure you add them in the comments section at the bottom of the article.

Sure, it’s small, but this is one of the most engaging shooters we’ve played on mobile for a while. You control everything with a single digit, weaving through geometric shapes and blasting anything that gets within range. The game’s free and ad-supported.

My Time at Portia

The super popular build-and-explore RPG finally lands on mobile. It’s wonderfully well put together, full of charm and intriguing characters and it’s pretty much guaranteed to put a smile on your face. It’s a premium release, and it’s on sale for a special discounted price to celebrate its launch.

Neighbors Back From Hell

A HD re-release of both chapters of the Neighbors From Hell series. You’re trying to pull horrible pranks on your neighbor in order to get viewers for your TV show. It’s pretty funny, features some interesting puzzles and it’s well worth checking out. This one is premium as well.

My Friend Pedro: Ripe for Revenge

A brilliant mobile take on the well-received shooter. You’re using swipe and drag controls to leap about the levels, then tapping to blast bad guys before they can get their shots off. It’s hard to play this one without grinning like a psychopath. It’s free, with a one-off IAP to unlock the premium version, which includes things like checkpoints.

A simple and endearing puzzler that sees you piecing together pieces of Victorian art. There’s a time travel narrative holding everything together and a lovely soundtrack too. The game is free to play and supported by adverts.