The Best Stealth Games for Android – Party Hard Go, Among Us, Space Marshals and More 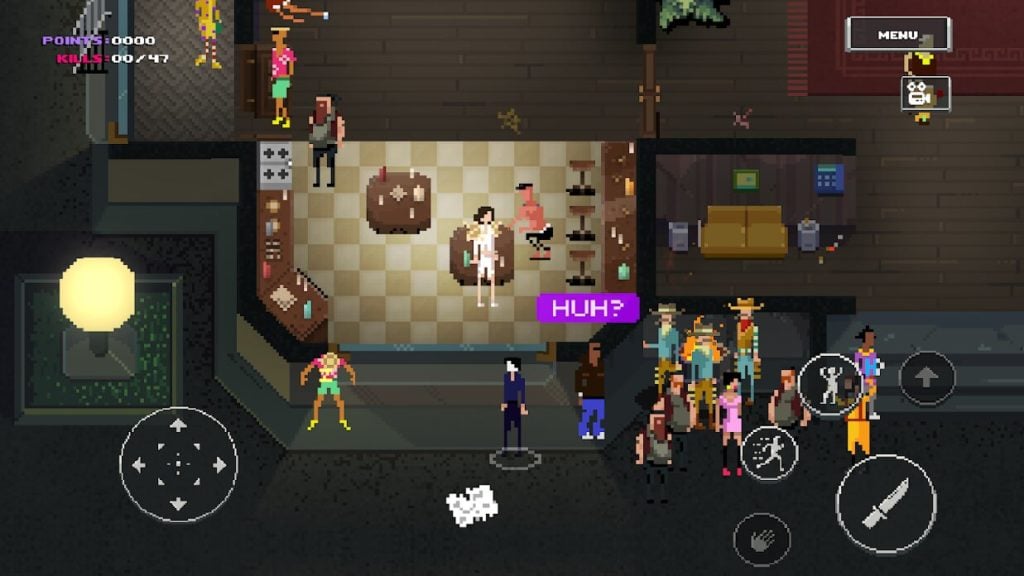 It’s Sunday, so that must mean that it’s time for us to take a long hard look at a specific genre of games for Android and decide which of them are the best available. And today we’re looking at stealth games.

There have been some stealth game casualties in recent years, dropping off the Play Store here and there and leaving us with a pretty thin crop. Not to say the games we’ve found aren’t good. Because they are. Otherwise the title of this list would be a lie.

You can click on the names of the games below to download them from the Play Store. If you’ve got your own sneaking favorite that we haven’t included, be sure to let us know about it in the comments section.

Where a lot of the games on this list are going to involve you sneaking around in order to avoid violence, this one takes the opposite tack. You need to murder the guests at a party without getting caught.

A top-down, twin-stick shooter where running in guns blazing will get you killed pretty much instantly. Instead you need to play smart, picking the right moment to strike and taking down your foes before anyone realizes you’re there.

What’s better than a stealth game? Why, a stealth horror game, of course. This one sees you sneaking through your neighbor’s house, trying not to get caught and murdered horribly. It’s surprisingly light, that said.

Another game where you’re the slaughterer rather than the slaughteree. Work your way through puzzling levels, murdering 80’s teens while trying to avoid getting spotted by the police.

A mix between a heart-stopping stealth-’em-up and a dystopian sci-fi about the surveillance state. It’s pretty damn good, although it might not work on newer Android devices.

Who says board games can’t involve stealth? This one sees you sneaking through a gaslit Victorian underworld as you try and build up the most powerful thieves guild.

We could really have put any of the excellent GO games on this list, but we went for Deus Ex because it’s set in the future. The future is cool. Sneak, dodge and fight your way through the levels in this turn-based distillation of the series.

Sometimes in Among Us you’re wandering around, performing tasks, trying to spot any suspicious behavior. Other times you’re skulking around trying to murder other players without getting caught. Half of that sounds pretty stealthy to us.

You might be a long way away in this one, but you still need to be careful not to spook your target before you get a chance to take your kill shot. It’s long range stealth and it’s pretty darn good.

All of the games in the Space Marshals series are great, but we’ve gone for the first one because it meant we had to type less. Stealth is just one of your tools here as you try and clean up the galatic frontier.