So you’ve been chugging along playing the Angry Birds Beta trying to get 3 stars on all the levels while waiting for the full release but you just can’t seem to get it. Well perhaps some of these Tips & Tricks might help you along. While these are from the Beta, these tips will work in the full version as well, you’ll just have more level to deal with before unlocking other birds.

This will be a work in progress especially when the full version is out. Until then hopefully this helps.

How 3 star ratings are calculated

3 Star ratings are calculated by your points. You have to reach a certain amount of points using as little shots as possible. If you’ve already been playing Angry Birds then you already know each leftover bird is worth 10,000 points. You could clear a stage in one shot but not get a 3 star rating. A prime example of this is Stage 1. It only takes one shot to clear the stage but it’s a pain to get 3 stars on. 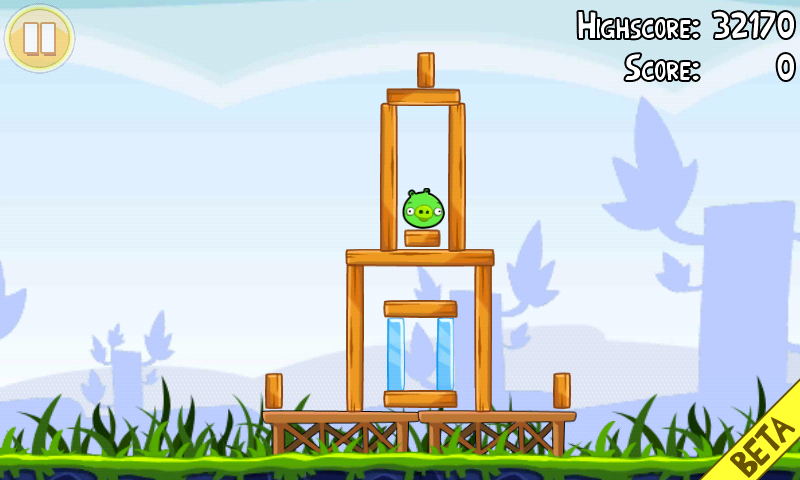 Why? Because damage counts as well. Not only do you need to clear the stage using the least amount of shots possible but with the most destruction to the building as well. Master that and you’ll start seeing a lot more 3 star ratings appear.

Horizontal support beams are key to getting 3 star ratings on a lot of levels. You want to hit them with as much force at the right angle to have the best effect. Using Stage 1 as an example because I already know someone who can’t get 3 stars on it…you want to hit the lower of the two beams. 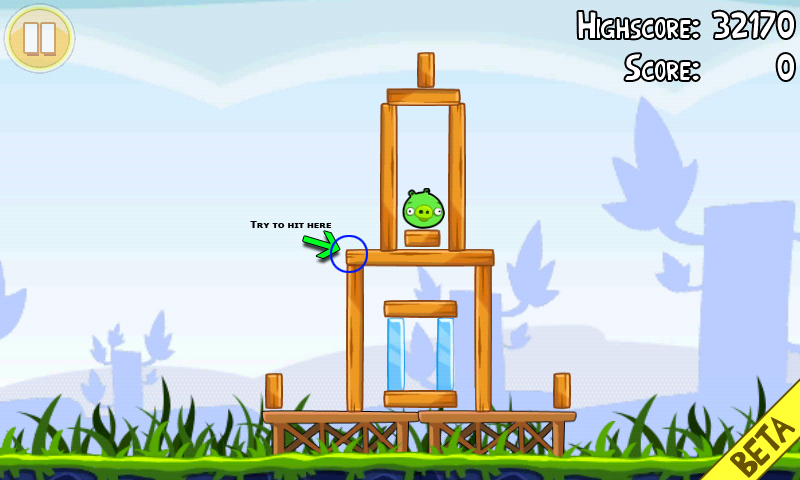 Hit the beam with as much force as you can and you’ll create the most damage and get yourself a 3 star rating! This works on a lot of levels as a shortcut to not having to use all your shots to clear a stage. Stage 1 will give you a 3 star rating once you pass 31500 point or somewhere near there.

Sometimes it is good to shoot your bird at an extreme angle whether it’s a horizontal angle or an upward angle. This is especially true with the blue bird (the one that splits into three) and upward angles. Extreme sngle shooting works well on some stages such as stage 12. 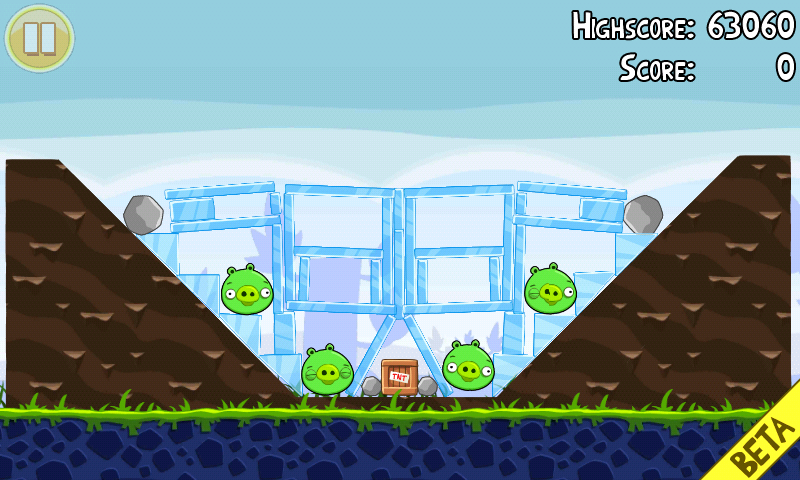 Rolling your bird, the yellow one especially, is a great way to not only get those pesky pigs when they are on the ground but also to clear out extra leftover lumber etc etc when near the end of the stage. Be careful though for stone blocks as they will basically stop you in your tracks when you are doing this.

This is just like skipping a stone on water so you don’t want your angle too crazy or anything, just slightly off from being parallel and the best time to tap the screen for the boost is when you are real close to the ground. Tap to set off the boost and you’ll roll right through most objects and kill your leftover pig as well.

This is also a good way on some stages to take the support out from under the building.

You get introduced to the bomb birds in the end stages of the Beta. The best use for Bomb Birds is to be as close to as many adjacent blocks as you can before you blow up. This works really well in corner areas. Another good way to use them is to explode them while they still are moving but just after they land, however this depends on the stage though. 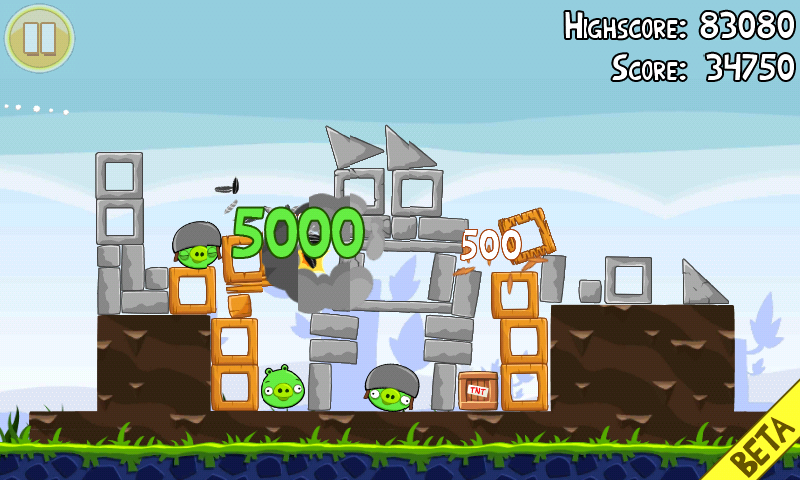 Lastly if you land close enough to a TNT Box you’ll be able to take out much more of the structure and possibly pigs when your Bomb Bird explodes and sets off the TNT Box as well.

Don’t be too quick to shoot your next bird either! Sometime things on the stage are still settling, pigs rolling, blocks shifting and so on. Wait till everything is done before shooting as you could save yourself a shot by not having to worry about something that would have ended up falling anyways if you had waited.

This goes for both pigs rolling and the structure. When the game moves you back to the slingshot, wait a few seconds and make sure you aren’t still gaining points, then shoot. If a pig rolls off the platform they die and it’s one less target to worry about. 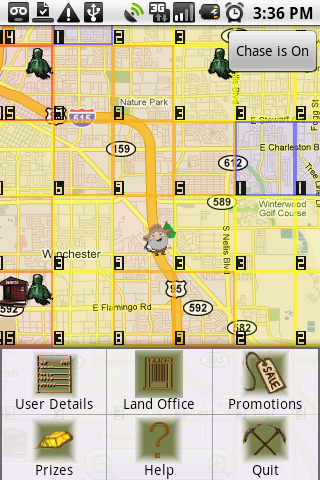 So hopefully some of these general tips and tricks for Angry Birds help you out in your quest to get 3 stars while we all wait for the full version to be released. When it is there will be even more tips and tricks added along with hopefully some sort of walkthrough although each stage can have a variety of ways to clear it out.

If you have anything else you want to share that is a tip or a trick for Angry Birds leave a comment with it! If you have tips or tricks for any other game, even if it’s not listed, just use the Tip Us! Form up in the top right corner of the site (red square icon with ‘!’ in it).