Everything you need to know to get started in Power Fishing 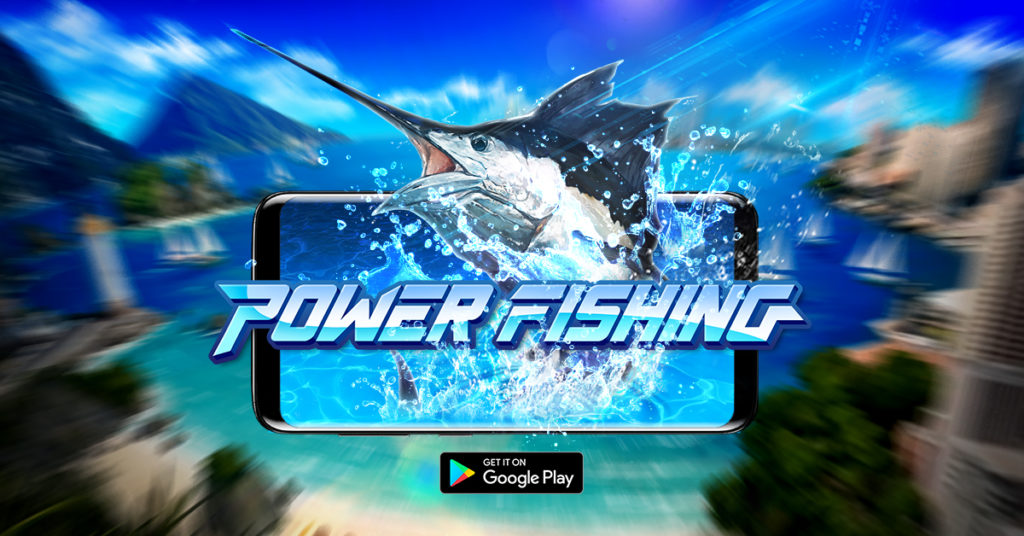 Power Fishing is a fishing RPG. That means there are two sides to its gameplay: the arcadey fish-catching stuff on the water, and the equipment-earning, up-levelling, mission-completing stuff back on dry land.

This guide will give you the basics of both. There’s a hell of a lot to discover in Power Fishing, and a huge number of nuances and subtle details, but if you read everything below you’ll get off to an excellent start in the world of competitive sea fishing. 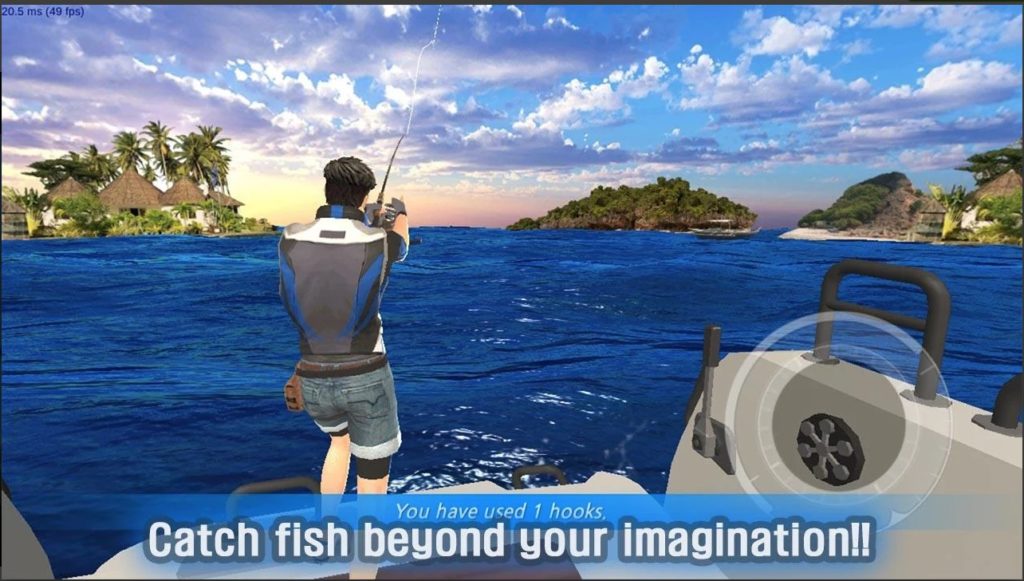 Fishing in Power Fishing is a bit like videogame golf. To cast out a line you just tap the big PUSH button, at which point a sliding power meter appears. The closer you manage to stop the meter to the top the greater your odds of catching a big fish.

Once your line is in the water a fish will bite almost instantly, and another power meter will appear across the top of the screen.

Holding a finger down on the screen moves a slider erratically to the right as you wrestle with the fish in the water, while lifting your finger allows it to slide quickly towards the left. If it hits one of the sides the fish gets away. Because slider moves left faster than it moves right, it’s a good idea to keep it hovering on the right side of the meter. The bigger the fish, the harder it is to control.

Little indicators appear at random along the meter, and the aim is to tap the screen whenever the slider is aligned with one of them. This results in different good things happening. 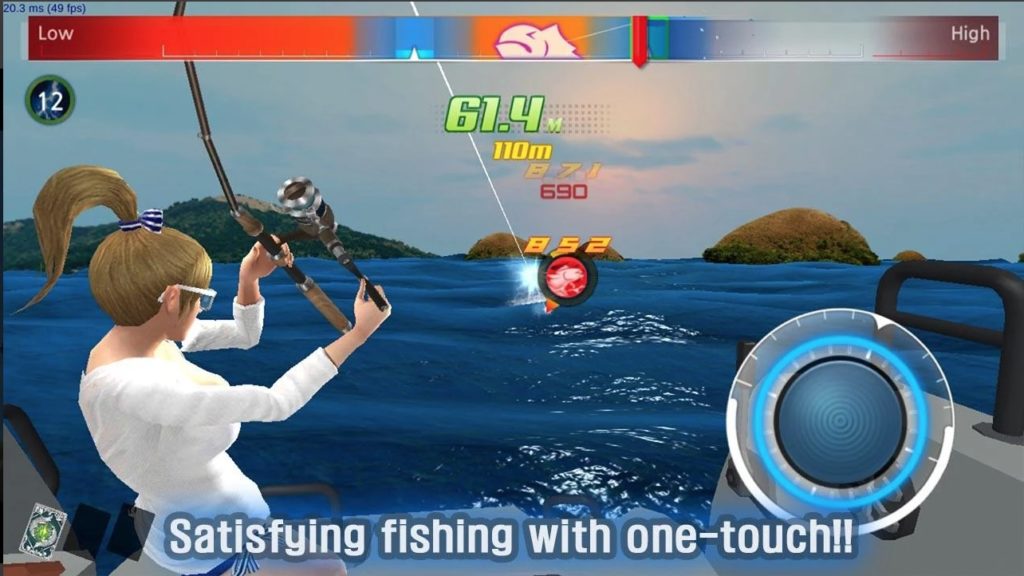 You can increase your critical damage, total damage, attack power, additional damage, and critical attack probability, or you can trigger a skill.

If this happens yet another meter appears, this time comprising a series of circles with a larger circle shrinking around them. If you stop this circle on the PERFECT ring you’ll pull off a perfect skill, which basically means slapping the fish about a bit to weaken it.

The distance of the fish from your boat is displayed on the screen, and the aim is to wrestle this distance down to zero. Once you’ve landed a fish, you’ll find out what species it is, how long it is, along with fish experience acquired, user experience acquired, buffer acquisition rate, and other RPG details like that.

Which brings us neatly onto the game’s RPG elements. 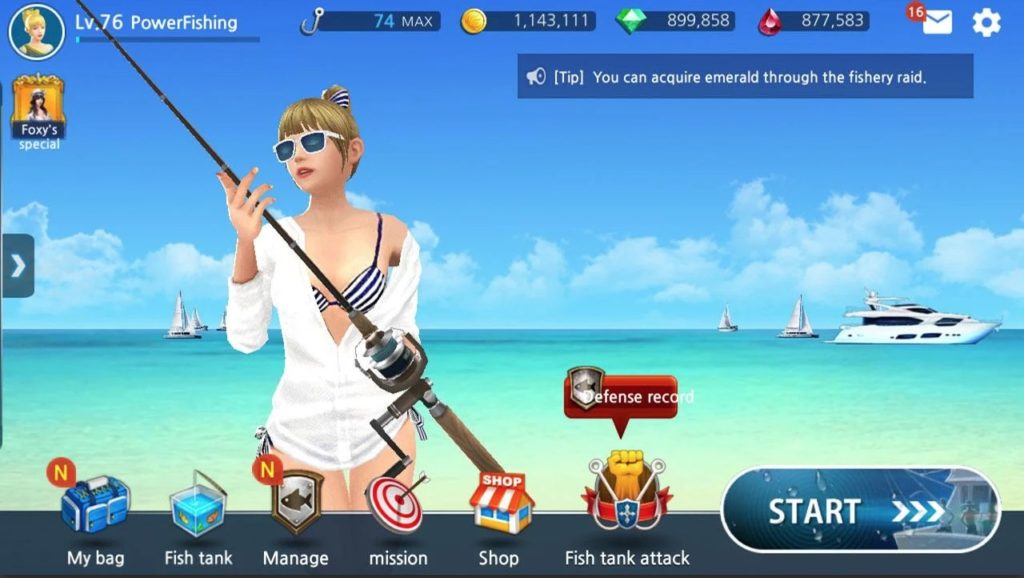 On the main screen you’ll see a number of icons taking you to different areas of the game. We’ll start at the top-left and try to work our way round anti-clockwise.

In the very top-left sits your character icon. Tap on this and you’ll get an overview of your stats, including your current level, attack power, big fish probability, fishing line length, and a whole host of other vital bits of information.

Next you’ve got a collapsiblemenu containing a variety of links. One of these is for the game’s creation tool, where you can create items as long as you’ve fulfilled certain requirements, such as completing single-player areas.

There’s also a link to your ranking, and from there you can view other players’ fish tanks. More on that later. Then there’s the notice link, where you can find out about any events running or coming up, the friends icon, where you can add or accept friends, the attendance icon, where you can see your buffs for logging in every day, and finally your fish book.

This is simply a record of the fish you’ve caught in each area of the game. Once you’ve completed a given row of fish you can claim a reward. There are separate tabs for themes and items you’ve collected. 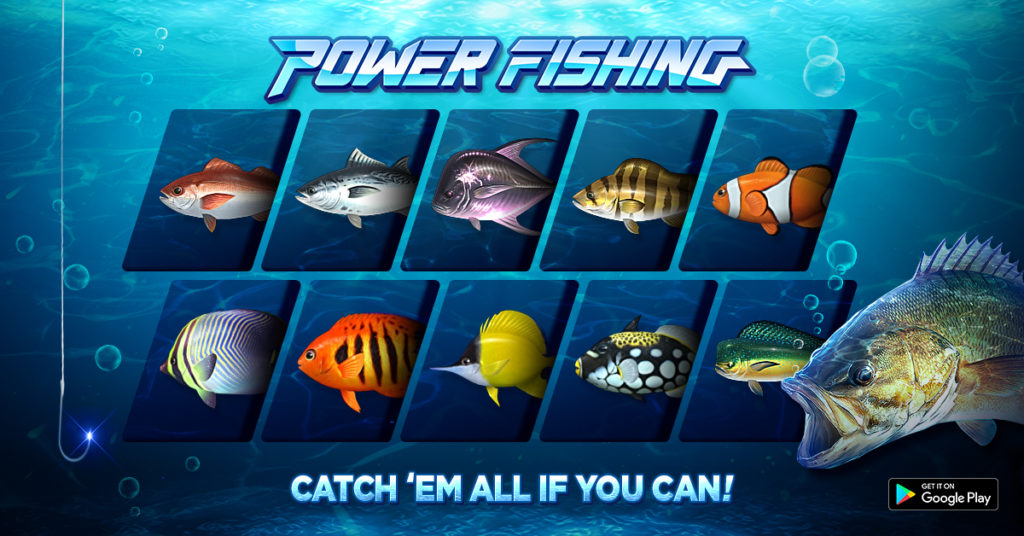 Now let’s close that menu and carry on round to My Bag, where you can upgrade and equip items of equipment, costumes, and other bits of performance-enhancing gear such as Anthony’s leather gloves, which increase your probability of earning extra items, and Foxy’s pearl ring, which reduces your cooldown time after a hard hit.

There’s a huge number of these, so we recommend you experiment till you find the buffs and potions that work best for you.

You can also upgrade your rods and other items, so if you want to take your “wooden crunchy fishing rod of ravage” up to the next level, using parts won as mission rewards, here’s the place to do it.

To equip or level-up an item all you need to do is tap on it and follow the prompts. Red notifications let you know when you can perform upgrades, so you can’t really go wrong.

Now we’re going to leapfrog the Fishery for a moment and take a look at the Manage icon. Here’s where you can manage the fish you’ve caught. You can grow them to increase their HP, by tapping on a fish card with a red notification sticker on it and then tapping GROWTH. 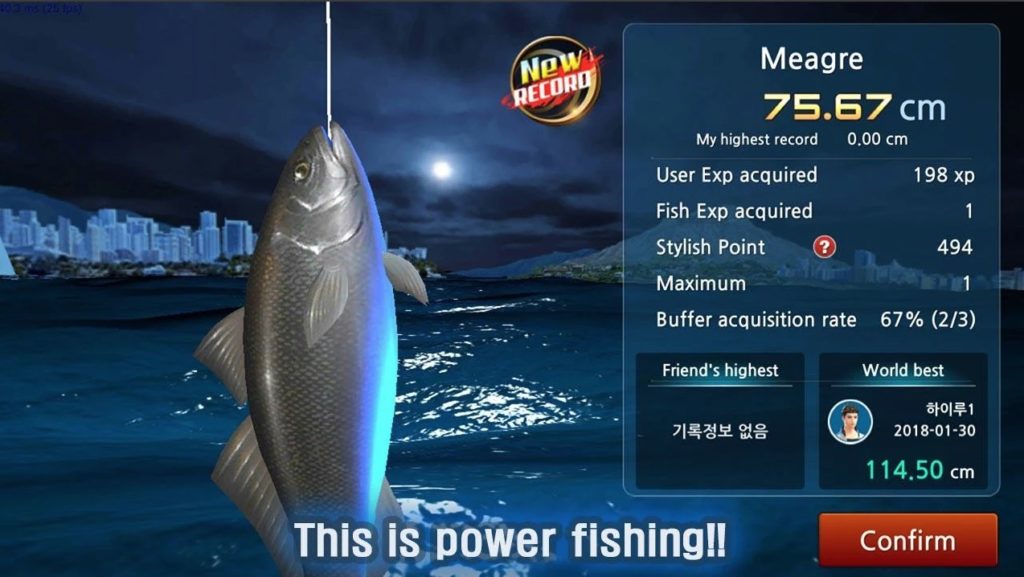 Growing fish, like upgrading items, costs gold, and once you’ve grown a fish to a certain point you can evolve it, which costs gold and emeralds.

Your best fish should be registered. This puts them into your fish tank, so let’s hop back to the Fishery icon now.

The Fishery is a largely cosmetic area. The fish you’ve registered (you can only register three at a time initially) are swimming around in there, and you can tap them to make them wriggle. The important thing to note is that your Fishery generates gold and treasure, so you should pop in from time to time to collect it.

The Mission icon shows you how well you’re progressing with daily, weekly, and monthly missions, as well as challenges and events. You don’t have to do anything to accept these missions — they just tick along in the background, and whenever you complete one, by acquiring 10,000 coins, say, or carrying out a tank attack, you get prizes.

These can be the game’s main currencies of coins, rubies, emeralds, and hooks, or they can be a wide assortment of other items such as various consumable potions, tokens, lures, equipment reinforcement kits, rod parts, and much more.

To claim these, you need to visit your mailbox, and you equip them in My Bag. 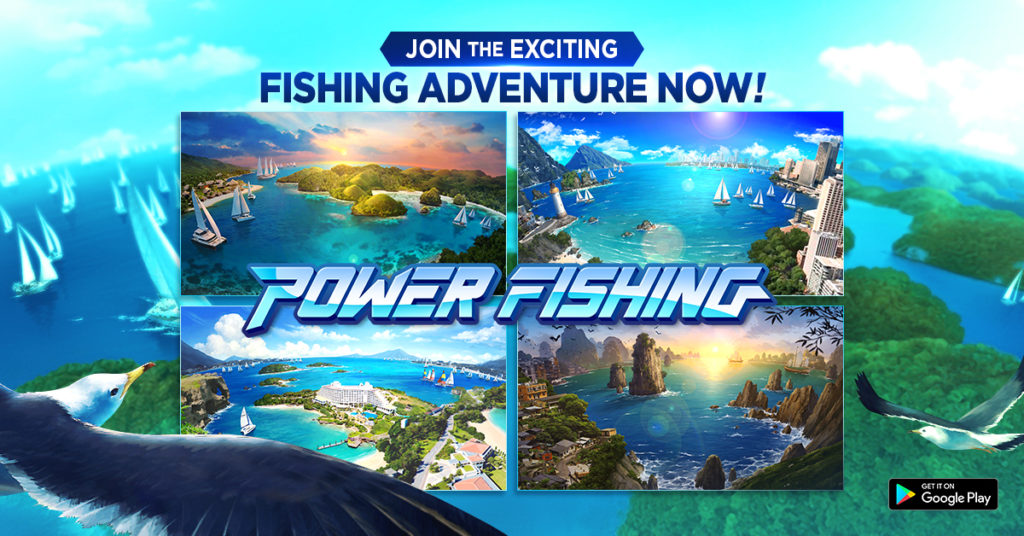 In the bottom-right of the main screen you’ll see a big START button, which takes you to the single-player campaign. This is a straightforward series of areas, across a series of worlds, which you unlock as you level-up. Each time you send out a line costs you a hook.

To the left of the START icon is FisheryAttack. This lets you view other players’ rankings, examine their Fishery, and attack them, which sounds sinister but don’t worry: the angling sessions actually take place at sea.

FisheryAttack is generally more challenging than single-player, since you’re taking on other players’ fish, which they’ve grown and evolved to be as difficult to catch as possible. Whenever you catch an opponent’s fish the game invites you to keep fishing in that tank

Naturally, other players can attack your Fisherytoo, which is why you need to keep your own fish growing and evolving, and you need to choose your strongest fish to for your tank, as well as deciding which order your three guardian fish will appear in.

You can check your defense record by tapping the crest above the FisheryAttack icon. Bouts are viewable altogether, or by Attack, Defense, and Revenge. A big red button appears beside the names of your successful attackers, and tapping this lets you take revenge on them. You can also take revenge on players you have already attacked and defeated.

You can use these tips and tricks for yourself by downloading Power Fishing via Google Play now. 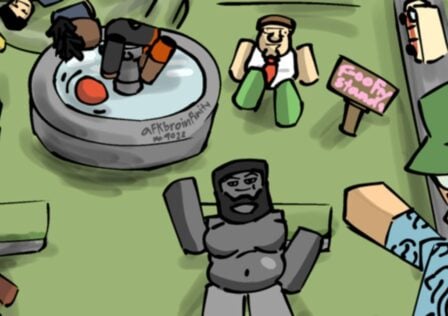 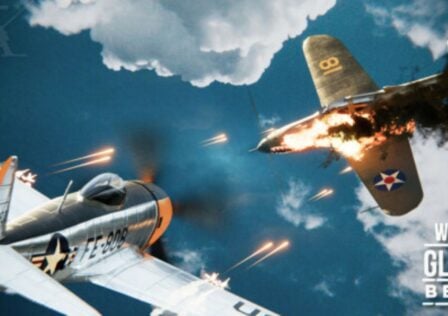 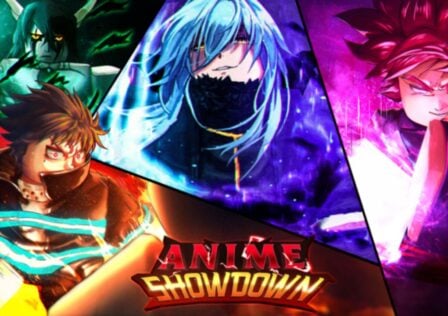