Despite quickly overshadowing gaming handhelds, major blockbuster games for cell phone devices are less than a handful. For those seeking pure gaming with rich story lines and excellent graphics, you’re in luck. Look no further than your own Android device. No not Angry Birds, but emulators.

Emulators have always fallen in the gray area of gaming. Looked down upon by major gaming companies, emulator allows one to play ripped ROM’s from their favorite console games on the PC. Emulation has been around since mid 90’s and still continues to thrive to this day. With the rise of cell phones developers began porting emulators to mobile devices. Fortunately, it’s available for Android.

This guide will detail a step by step guide on playing your favorite games. Keep in mind that you may get a different mileage depending on your device. Like it’s PC counterparts’ emulation works differently depending on your device set up. If your rooted and running a custom rom it may have an undesired effect. Thankfully the chance of this happening is slim.

Before we move on, just note that we will not provide a source to find the ROM images for your games. We support the developers’ effort, time and hard work in crafting these games. Without them we would never have the games in the first place. There are many tools in place that can aide you in ripping your favorite games from their cd’s or cartridge.

In this series we’ll be covering major consoles from Sega Genesis well up until Playstation, starting with the original Nintendo Entertainment System a.k.a NES. Most of these games translate well for mobile consumption and has aged well. If you like this article, check back often as we cover even more retro consoles available for Android.

You’ll need the ROM images. Like mentioned earlier, there are a number of ways to rip and or download your favorite games. Once downloaded, most of these files are placed in compressed files usually ending in .zip. Normally these can be used as is, however to extract them you’ll need a program called 7zip or Winrar which you can get for free.

Depending on your personal choice, you have the option on placing the ROM images on either your SD card or internal (phone) memory. For those seeking extra space for apps and media, I suggest you choose you SD card as they can be easily swapped for larger memory space if you find yourself looking for more space to store your games and files.

To do this mount your phone on your PC and create a new folder called “ROMs”. 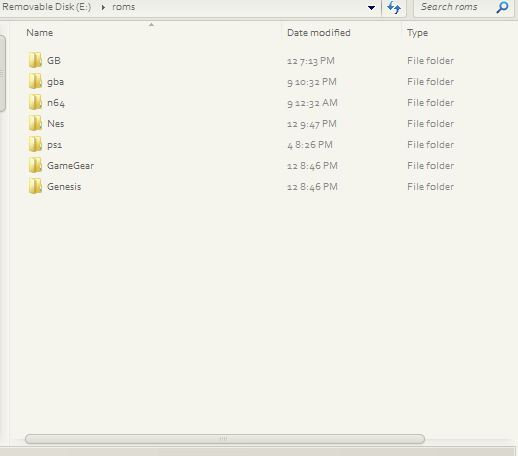 In the ROMs folder create a folder for each of you arappropriate console games. Drag and drop you ROM images in the correct folder and you’re ready to go! Additional files may need to be placed in these folders for the emulator to be run. These are called BIOS and are only unique to Game Boy Advance and the original Playstation. These will be covered later on the section.

As you’ll find with most emulators set up is a breeze. On first run you’ll usually find a screen similar to the one below. 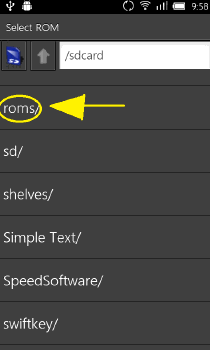 Simply navigate to where you placed the folder “ROMs” in your SD card (in which in this case, it’s my internal memory) select the folder and click on the game. Keep in mind that some emulators cannot recognize your ROM image if it is a zipped file. In the event that you do not see your file, unzip the ROM images and place it on the appropriate folder. 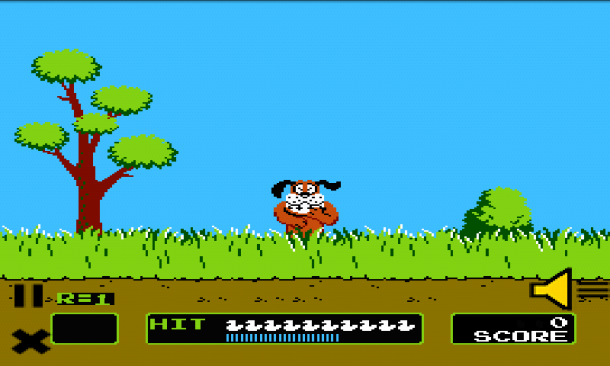 There seems to be no end to the number of emulators available for Android, and like it’s OS, there are options. While we recommend Nesoid, feel free to try the apps listed below and see what works for you:

On start up John Nes began scanning my phone, searching my phone and external sd card for ROM images it could recognize. While this feature may be helpful for the forgetful, it annoyed me as I knew where I placed my files and could quickly locate them myself. Otherwise John Nes had me hopping around in Super Mario Bros. in no time.

Mojo NES wasn’t available for my device (Samsung/T-Mobile Vibrant) despite being more than capable to run the emulator on my device. Heck I was hacking away in Zelda in the old G1 days. 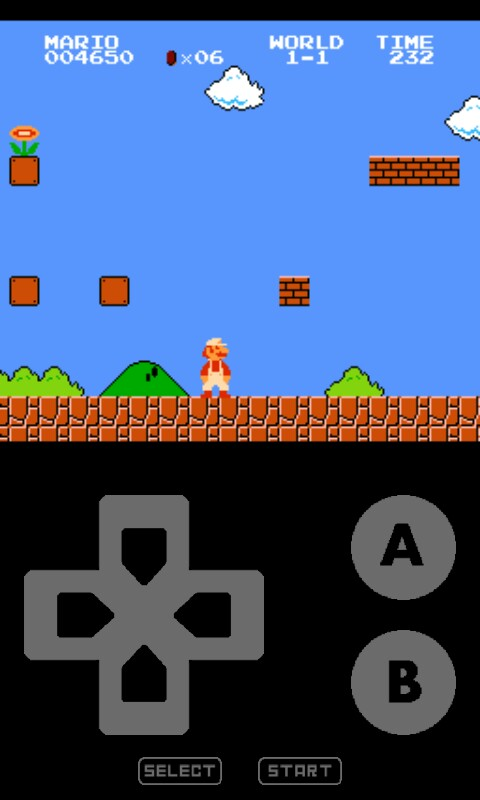 NES.emu is chocked full of features, and for that price it should be. If you’re looking to connect your device to a TV rest assured as NES.emu has you covered by allowing you to using Wiimote and a number of controllers for multiplayer! Like John Nes, this emulator handled the games perfectly well.

iNES – Nes/ Famicom Emulator is a little steep in price, asking you to plunk down $4.99. While this app doesn’t provide more than features than previously listed, it claims to be Xperia Play supported. This is great as keyboard is supported yet not configurable.

Older Android users and emulators may recognize Yongzh. He was one of early developers to introduce emulation to Android. Under legal circumstances Google removed many of the developer’s apps (which incidentally were all emulators) from the market. In the meantime Yongzh has set up shop on Slide Me and you can find most of his apps there like Nesoid for the magical amount of free. Nesoid performs as well as the other emulators with the added bonus of being able to use the Zapper (light gun) and a gamepad! Additional features include an option for different aspect ratio for televisions and game genie.

That covers most NES emulators on available for Android. If you have an app we missed out or games that you’d recommend, please feel free to leave it on the comments below. Check back often for more in the series!