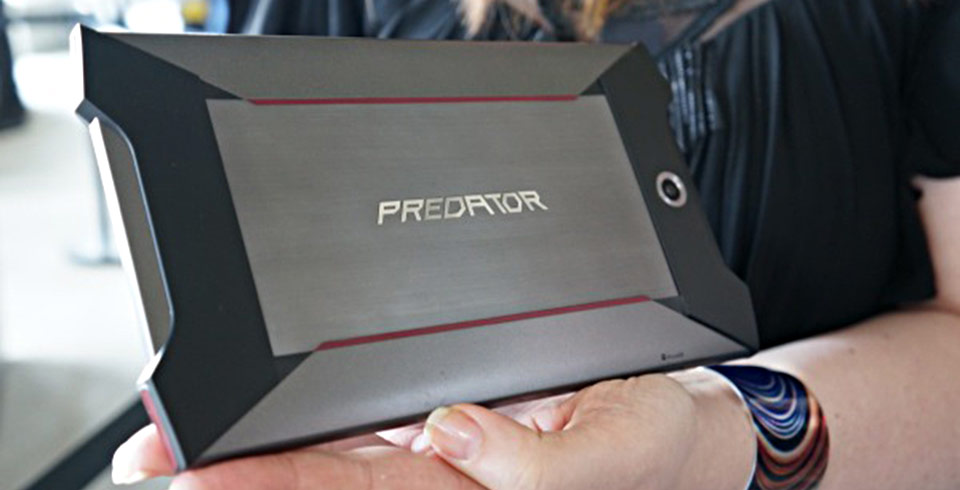 Acer has announced that they are going to try their hand at developing a gaming-centric Android tablet which will be to go along their Predator gaming PC brand. This announcement came during the company’s announcement-filled press conference today in New York. Even the design of the tablet will compliment the red and black angular design of Acer’s Predator PCs.

Update: November 11th, 2015 1:03pm PST: After a long wait the Acer Predator gaming tablet is now available for pre-orders. The price for this is $299 and you can hook yourself up with a pre-order over at TigerDirect or on Acer’s own site. Final hardware specs are 1920×1200 display, running with an Intel Atom Z8700 processor weighing in at 1.6GHz, 2GB of RAM, and 32GB of storage. It will also come with Android 5.0. Expect our review real soon.

Yes, the tablet looks weird but apparently this is supposed to be how even the gaming PCs will be looking. The tablet will also feature the Predator name but other than that, there isn’t a whole lot of details released as of right now. On thing that was mentioned during the press conference is that the tablet will be coming with a haptic feedback feature, which is strangely well-timed to Google’s recent featuring of haptic feedback enabled gaming on Google Play. 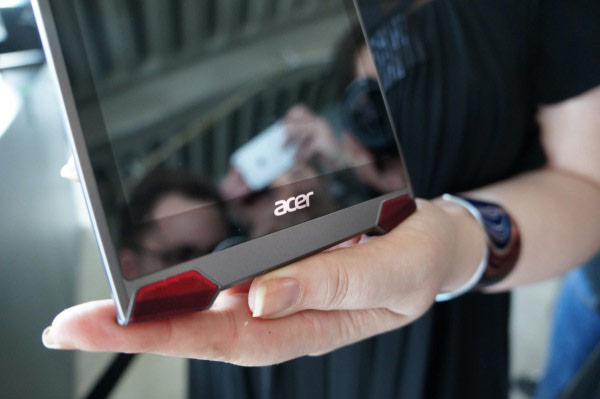 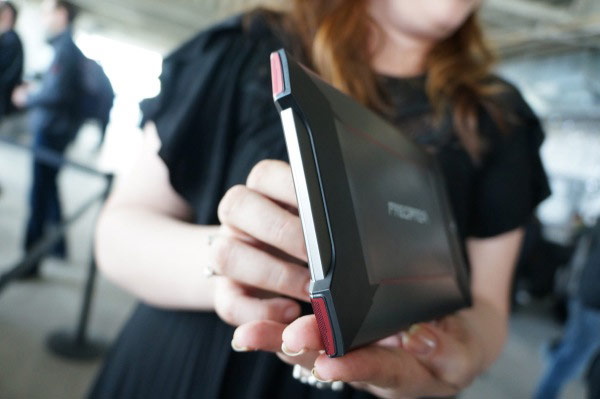 Those red things in each corner? Those are speakers. So this tablet will have a total of four front-facing speakings to should sound into your face while you play your favorite Android game of choice. In terms of screen size, the Predator tablet will be sporting an 8-inch screen but the resolution it will be running at was not mentioned. Also not mentioned is the rest of the hardware that will be coming with this tablet. We are hoping it will come with top of the line everything, from chipset to RAM and storage. There is no point anymore developing a gaming-centric Android device and not putting everything top-end in it. 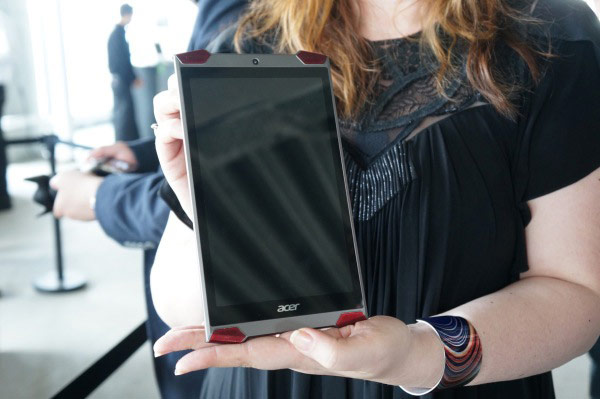 As for when this will be released, Acer has a general end-of-year Q4 time frame for it landing on store shelves. Once we actually find out more about the hardware, we will be sure to post about it. We’ve already started the process of contact Acer to get one for review when review units become available.