You can never have enough unicorns in life and that goes especially true for robot unicorns that have the ability to shoot a rainbow out of their ass. Well your cries of anguish for more unicorns in your life have not fallen on deaf ears and Adult Swim has answered the call for more robot unicorns with their new game Robot Unicorn Attack 2.

In this new installment into the Robot Unicorn series, players will be able to pick what team they want to play as: Team Inferno or Team Rainbow. One has unicorns that are all cool and demonic while the other has nice unicorns that shoot rainbows out of their ass. Once you pick the team, you can go ahead and further customize your new unicorn including the ability to select different bodies, manes, wings, horns, trails and more. 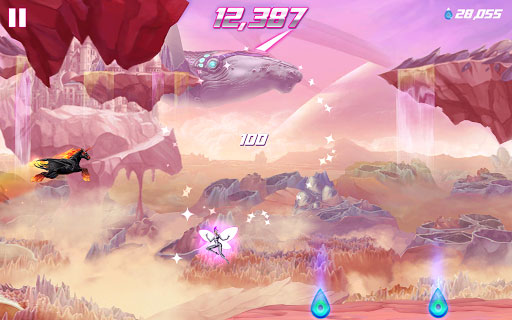 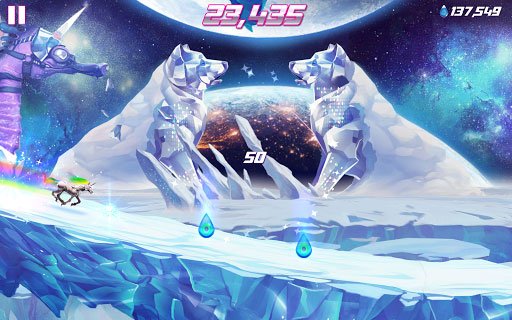 – Choose between Team Rainbow or Team Inferno and compete on a unique level every day for prizes
– Race through 2 worlds at war, one of Rainbows and Harmony and one of Ice and Wonder
– Build and customize your very own unicorn, selecting from different bodies, manes, wings, horns, trails and more
– Unlock and arm yourself with 12 different boost abilities, including “Rainbow Savior” and “Gallow’s Gallop”
– Achieve both personal and community goals, updated daily
– Battle mighty giants and dash through their dangerous Solar Beams
– Journey through such cosmic spectacles as Space Whales, Leviathan Seahorses, Ice Owls and more
– Both worlds change to new and different layouts every single day
– Personalize your quest (and support the artists) by purchasing new background songs for $.99 apiece, including Erasure’s “Always”
– Full Tablet support for both 7 and 10 inch tablets!

There is all kinds of unicorn goodness in this game and once you’ve customized your beast, you’re off to dash through multiple lands, avoiding dangerous hazards and cliff and defeating enemies along the way. If you’re a fan of the original, you’ll want to pick up Robot Unicorn Attack 2. Doing so will cost you a whole lot of nothing.