According to a new find in the Android 4.0 SDK, Ice Cream Sandwich will come with full support of game controllers. While for some people this isn’t anything new as Honeycomb came with USB Host support for peripherals back in the 3.1 update which includes game controllers.

For those of you who don’t have a Honeycomb tablet, you still were able to use Bluetooth controllers such as the Zeemote (and even the WiiMote with the use of Bluez IME app) while others could root their device and use of apps like Sixaxis for Playstation controller support. Google ones said that ICS (Android 4.0) would be the bridge between Gingerbread and Honeycomb Android versions and would be for both phones and tablets. This is one feature coming that certainly supports that statement. 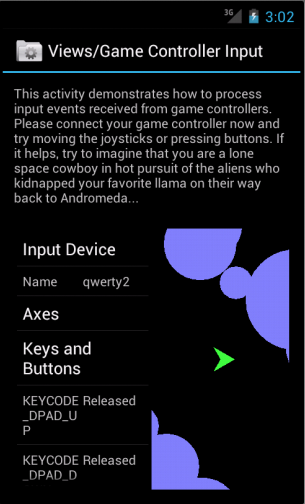 This means that you will be able to use full controllers, natively, with your Android 4.0 device, whether it’s a phone or a tablet, doesn’t matter. This is especially good if you enjoy playing games through emulators but even current games are adding controller support now. Recently Riptide GP added full controller support and Shadowgun will also be coming with full gamepad support as well. Definitely something to look forward to for those of you who are going to be getting ICS whether it be in an update or a whole new device.