By now you’ve probably seen a good portion of the videos Roivo has been releasing over the last month or so showing off little gameplay bits and pieces here and there. This new game, as you have probably seen or can guess, is completely Star Wars theme with the Angry Birds representing Star Wars characters, The Empire and their toys like AT-AT Walkers and Turrets, and other hazards you’ll have to deal with including pigs shooting at you with lasers. 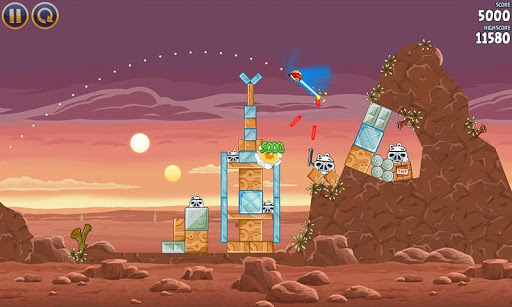 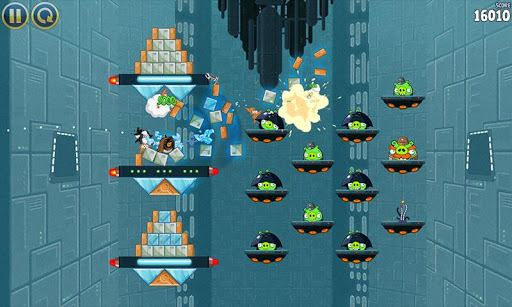 – HOURS AND HOURS OF ENGAGING GAMEPLAY: Explore more than 80 levels in iconic locations like Tatooine and the Pig Star. Can you dodge Imperial pigs, laser turrets, Tusken Raider pigs, and the dark side of the Force to get all three stars?
– NEW GAMEPLAY MECHANICS: Use lightsabers, Blasters and Jedi powers to wreak havoc on the Imperial Pigs!
– LEVEL UP YOUR BIRDS: Keep playing and level up your birds to improve their skills!
– SECRETS AND HIDDEN GOODIES: Can you unlock all the R2-D2 and C-3PO bonus levels?
– FREE UPDATES: This is only the beginning of the epic saga!
– THE MIGHTY FALCON: Stuck on a tricky level? Earn stars and call the Mighty Falcon to rain down the destruction. New goals, achievements and gameplay!
– PATH OF THE JEDI: The ultimate training ground for a Young Jedi, this in-app purchase unlocks 40 Dagobah Challenge Levels with Jedi Master Yoda! Master the Path of the Jedi to unlock the ultimate lightsaber!

Another interesting mechanic that has been added to the game is the ability to level up the Angry Birds, making them stronger as you grow through the game. Of course there are a ton of hidden stages and other goodies for you to find like all the other Angry Birds games out there. There is even the Mighty Falcon to use if your’re really having issues with a stage as it will clear the entire stage for you in one shot. 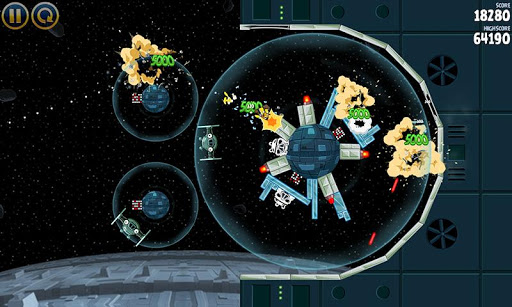 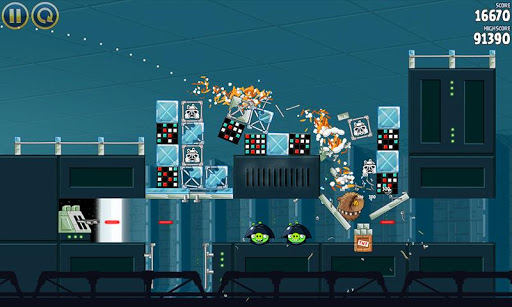 Angry Birds Star Wars is available in two flavors, a free version with ads and an HD version for $2.99. You will also see that Rovio has really embraced the free-to-play model with this new game, something we knew was coming with the addition of power-ups to the franchise. However, it seems Rovio is really going for the gold with this one in terms of in-game purchases as even if you buy the HD version for $2.99, you’ll still need to shell out another $1.99 for the Jedi levels and power-ups anyways.