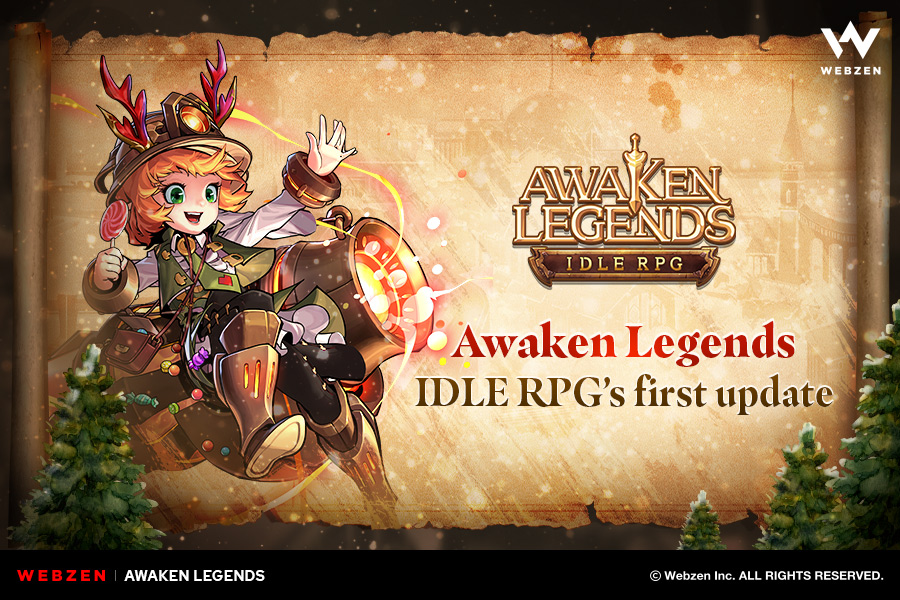 Awaken Legends, the popular idle-RPG from Webzen, has just received its first major update since soft-launching in November.

And it’s a biggy. The update adds a ton of new content, including a new hero called Hera Valen, skins, dungeons, a Covenant of the Dark Knight event, a Wishing Well event, and a host of system improvements and tweaks.

Hera Valen is a new playable hero with HolyFire Sanctions, among other powerful skills. And she comes with a new Naughty Witch skin too.

Other heroes getting new skins include Maggina (Snowland Ambassador), Ema Breeze (Christmas Courier), and Clark Aesure (Dark Knight). To get the Dark Knight skin you’ll need to complete certain missions from an event called Covenant of the Dark Knight.

Skins, in case you don’t know, allow you to customize the appearances, motions, and skill effects of your heroes.

The latest Awaken Legends content update also lets you collect Wishing Tokens from daily missions. You can then spend these tokens in the Wishing Well event to earn random rewards.

There are two new dungeons, as well: Geneon Sunken and Moon God Lake, where you’ll get the chance to earn a whole new artifact called the Tear of Selene.

And that’s not all. Awaken Legends is gearing up for Christmas with an assortment of events.

Between December 23rd and January 2nd you’ll be able to light up a Christmas tree and open treasure boxes using Snowflakes, a special currency obtained in various Christmas-themed events.

For the uninitiated, Awaken Legends is a colorful, accessible idle-RPG that sees you engaging in turn-based battles. There are 50 unique heroes to collect, a vast world to explore, a ton of RPG adventures to take part in, and more.

Alas, it’s only available in Canada and the Philippines right now.

Head to the Google Play Store or the App Store to download Awaken Legends for free right now.